Leota Dooley, a Music Lover in the Colorado Mountains, Dies at 97

in Music, US News 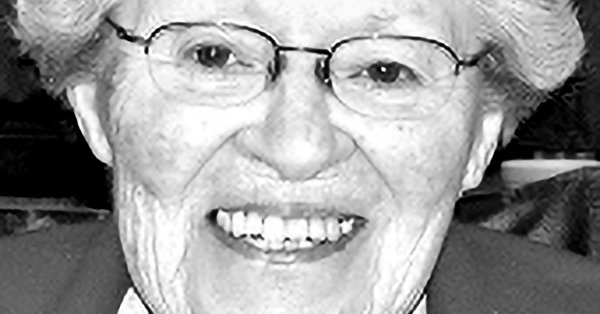 This obituary is part of a series about people who have died in the coronavirus pandemic. Read about others here.

In a long life, Leota Dooley, who was 97 when she died of Covid-19 on April 23, did a lot of things. One of them was to help make the Valley more musical.

That’s the area around Salida, a mountain-ringed town along the Arkansas River in central Colorado. It’s a popular stop for outdoor enthusiasts these days, but for a long time it was more isolated. Ms. Dooley, who loved music and had a fine second-soprano voice, was part of several efforts to ensure that there was musical entertainment to be had amid the lovely scenery.

She was an original member of an all-comers-welcome community singing group called the Noteables that was founded in 1988. (The group is still going strong, though its spring concert was canceled because of the virus.)

Paula Lallier, who joined the group in the early 1990s, remembers receiving a helping hand from Ms. Dooley, who was known as Lee, at a house concert.

“I was new in Noteables and had started taking voice lessons with one of the founders,” she said in a telephone interview. “I think just to give me some encouragement she had me sing this duet with Lee.”

“Of course Lee’s lovely voice and encouraging manner did a lot for my confidence,” she added. “She was just such a classy, lovely, gentle, warmhearted soul.”

The voice teacher who arranged that duet was Jeanne Kostelic, who said Ms. Dooley was one of the initiators of another musical effort called Concerts Plus in the 1990s.

“The only classical music we had was from Aspen during the summertime,” she said in a telephone interview. “There was nothing in the wintertime.”

Concerts Plus brought in performers during the off-season, including classical musicians and contemporary acts like Max Morath, the ragtime performer.

Leota Elizabeth Herren was born on Dec. 16, 1922, in Hutchinson, Kan., to Clarence and Nellie Herren. An obituary in The Chaffee County Times said that after graduating from Emporia State University in Kansas, where she majored in English and library sciences, she bought land near Mount Princeton in Nathrop, a village north of Salida. By 1950, with the help of her mother, she had built a cabin there.

In the 1940s and ’50s she worked in the engineering libraries of several aircraft companies. She married George Dooley in 1964, and over the years they owned or managed an assortment of businesses in the Salida area, including, in the late 1970s, Dooley’s Bar. Her husband died in 2009. She has no immediate survivors.

At her death Ms. Dooley was a resident of Columbine Manor Care Center in Salida, and was one of a number of residents there who died amid an outbreak of the new coronavirus.

Ms. Dooley had moved to the care facility because she was having difficulty walking, but her mind was still keen, as fellow members of the ABC Book Club attest. They held their December meeting near the manor just so she could be sure to attend. Who wouldn’t want someone with a library sciences background in their book club?