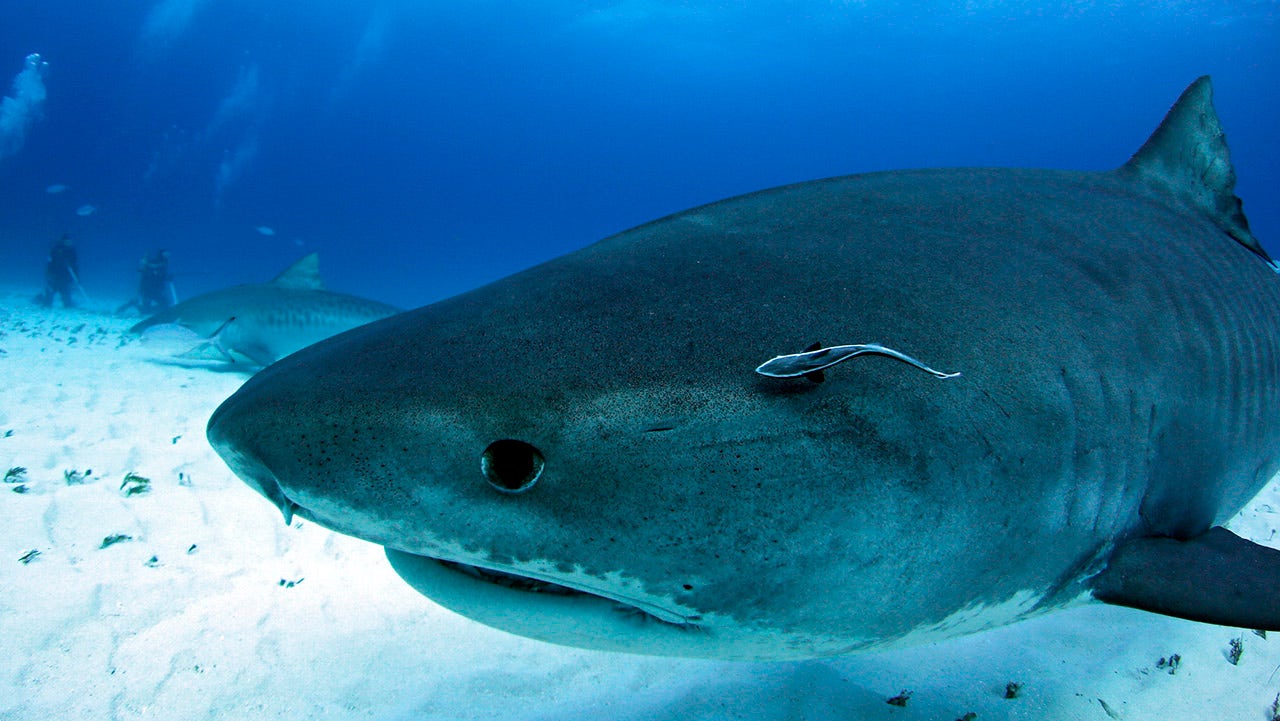 Some fishermen wait their whole lives for a catch this big. Micah Harless waited only until his early teens.

Harless, a 13-year-old angler from Weatherford, Texas, reeled in a nearly 850-pound tiger shark off the shore of Port Aransas on Monday morning, after what’s said to be a five-hour battle out in the Gulf.

“Thrill of a lifetime for the young fisherman that caught this!” wrote one well-wisher on Facebook. “Congratulations!”

Harless caught the shark aboard a 36-hour chartered fishing trip with his father, the Port Aransas South Jetty reported on Facebook. The outlet also shared footage of Harless’ catch being hoisted for measurements.

Not everyone on Facebook was as enthused about Harless’ catch, however. Some questioned why the shark wasn’t released after being reeled in, although tiger sharks are not among prohibited species by the Texas Parks & Wildlife Department, with the exception of specimens under 64 inches in total length.

Harless and his father later told the South Jetty that they planned to donate most of the meat from the catch, after keeping some for themselves.

Tom Bergeron, Erin Andrews will not return to ‘Dancing with the Stars’

When "Dancing with the Stars" returns, it will be without two of its staples: Tom Bergeron and Erin Andrews, hosts...

A new map highlighting the spread of the coronavirus shows more than half of all states "trending poorly" or facing...