Ice Cube praises Sen. Tim Scott for opening the door for Democrats and Republicans to work on police reform

The actor and musician, whose real name is O’Shea Jackson, has been a vocal supporter of the Black Lives Matter movement, using his social media to help advocate for police reform and to highlight instances of police brutality, specifically within the black community.

On Wednesday, he took to Twitter to praise Scott for leading a group of GOP members in introducing the Justice Act.

“We gotta give credit to Sen. Tim Scott R-(SC) for moving the needle with the GOP to work with Dems on a real Police Reform Bill,” the 51-year-old “Ride Along Star” tweeted.

On Wednesday, both chambers of Congress are set to tackle police reform as Senate Republicans prepare to unveil the bill and the House Judiciary Committee starts work on a proposal of its own. 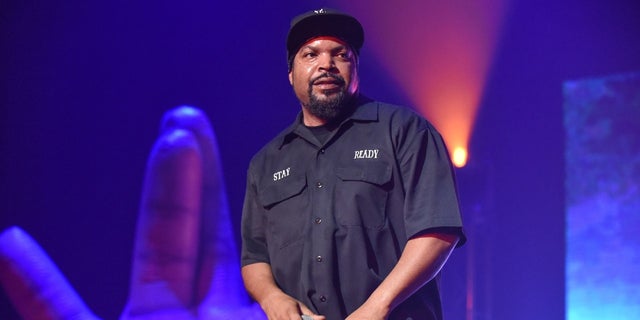 Scott is championing the Just and Unifying Solutions To Invigorate Communities Everywhere Act of 2020 – a response to incidents including the death of George Floyd while in police custody on May 25. The bill includes changes to police procedures and accountability with an enhanced use-of-force database, restrictions on chokeholds and new commissions to study law enforcement and race.

ICE CUBE SAYS HE ‘CAN’T WAIT’ FOR DONALD TRUMP TO BE ARRESTED: ‘THAT’S WHAT I WANT TO DO’

To focus on ending chokeholds, the bill threatens to strip federal funds from agencies that do not do away with the practice. It also provides funding for training to “de-escalate” situations and establish a “duty to intervene” protocol to prevent excessive force. 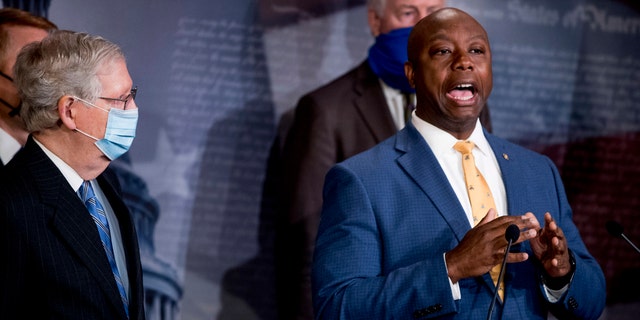 The Justice Act also includes a provision that would make lynching a federal hate crime and would call for a study on the social status of black males that has been supported by House Speaker Nancy Pelosi.

People across the country have taken to the streets in the wake of Floyd’s death to advocate for police reform and to highlight instances of brutality. Ice Cube is far from the only celebrity advocating for change. The protests have led many in leadership positions to take action and find ways to rethink how policing in the U.S. is done.

In addition to Scott’s Justice Act, Senate Democrats are backing the Justice and Policing Act, whichwas introduced in the House and spearheaded by Sens. Cory Booker, D-N.J., and Kamala Harris, D-Calif. That legislation would lower the bar for police officers to face criminal prosecution by allowing charges not just in cases where alleged misconduct was intentional, but also in cases of reckless misconduct. It would also ban chokeholds, create a national database of cops who committed misconduct and boost police training.

Cube’s outspokenness on social media got him into a bit of trouble last week when he was accused of sharing an anti-Semitic conspiracy theory.

The performer shared an image of the Star of David with an outline of a cube at the center.

He then followed that tweet with other images labeled “black cube of Saturn” with photographs of large black cube structures in Manhattan, Australia and Denmark.

The Black Cube of Saturn appears to be a symbol believed by conspiracy theorists to identify Satan worshipers. The Atlantic staff writer Adam Serwer pointed to another conspiracy theory that concludes the symbol of cubes is “Jewish control.”

Fox News’ Ronn Blitzer and Joseph A. Wulfsohn contributed to this report.