Playboy Bunny, future doctor Danielle Lupo didn’t use her full name to prevent patients from looking her up

The Playboy model and Bunny is a Certified Cardiographic Technician (CCT) with big dreams of becoming a doctor.

Lupo, who has been working in the healthcare field for almost 10 years now, is aware many people don’t take her two roles seriously, but is still determined to show off her talents and, as she said, “use her platform for good.” And she’s even sharing her advice on how to cope with the current coronavirus pandemic along the way.

Lupo spoke to Fox News about her career in health care, posing for Playboy, how her parents really feel about her “two worlds,” and the funniest encounter she’s ever had with a patron at the Playboy Club.

PLAYBOY PLAYMATE CANDACE COLLINS JORDAN TALKS POSING FOR THE MAG AT 65: ‘I DID WORRY ABOUT GOING BACK’

Fox News: What drew you to health care?
Danielle Lupo: I got into a bad car accident and that inspired me to pursue health care, being in the hospital and meeting all kinds of different doctors and nurses who wanted to help others. I was originally a dental assistant, but I ultimately switched gears. I work in cardiology now but I’m in the process of applying to med schools to pursue a doctorate program. I’ve been offering my expertise now virtually.

Fox News: You are a cardiographic technician. What does that mean exactly?
Lupo: I measure the electricity of the heart and analyze the functions of the heart. It allows us to assist physicians to diagnose and treat cardiac diseases and find out what causes certain heart problems. It’s amazing what our bodies are capable of and we want to ensure patients are on a healthy path.

Fox News: As someone in the medical world, what advice would you give concerning the coronavirus pandemic?
Lupo: Sanitization is so important right now. Washing your hands is so important. Try not to touch your face. I believe the average person touches their face like 300 times a day or something crazy like that without evening knowing it. Wearing a mask makes a big difference and reduces the spread of the virus. I think it’s so important to make these habits part of our daily lives. The minute I leave any store, I wash my hands and sanitize with a sanitizer that has more than 60 percent of alcohol in it.

AMPUTEE MODEL MARSHA ELLE RECALLS SEEING HER PHOTOS IN PLAYBOY: ‘IT SHOOK ME TO MY CORE’ 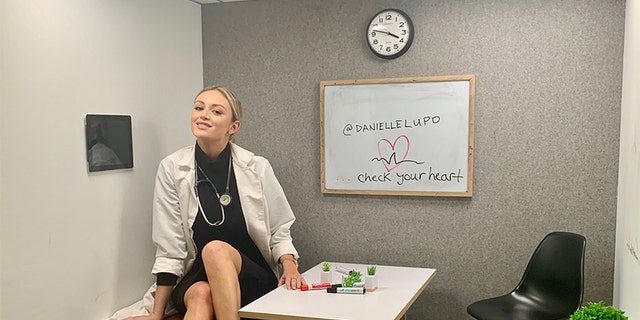 Fox News: How were you discovered by Playboy?
Lupo: This was more than a few years ago now, but I shot with a photographer for international Playboy I believe in 2017. I ended up getting a bunch of features from Playboy around the globe… Honestly, it was such a fun experience. I made so many friends through the connections Playboy provided. I wouldn’t change those times for anything.

Fox News: What was the photo shoot like?
Lupo: I definitely had those stars in my eyes for Playboy. It was always a dream of mine. And I was comfortable in my body, comfortable in my own skin. I know a lot of people say they get nervous posing for Playboy, but it really wasn’t a nerve-wracking experience for me. I had such a wonderful photographer who was so professional. We shot at a mountain lodge in Vermont and they were the most beautiful photos I’ve ever seen of myself. That was definitely a confidence booster. I was just really excited about the experience.

Fox News: What was going through your mind when you saw those photos for the first time?
Lupo: It’s amazing what glam lighting can do (laughs). But I saw myself in a different way. I was really proud of myself. I felt so comfortable in my skin and I think that came through in the photos. I was very happy with the results and I wouldn’t trade it for anything.

PLAYBOY PLAYMATE RENEE TENISON RECALLS SHOCKING HER TOWN AFTER STRIPPING DOWN: ‘I WAS GOING TO DO IT ANYWAY’

Fox News: You also worked as a Playboy Bunny at the Playboy Club. What’s the funniest or most unique encounter you’ve ever had with a patron?
Lupo: I remember this one guy who just expected me to be bubbly and that’s pretty much it. But when I started talking to him, you could just see his eyes widening up. I told him I was premed and he was like, “Whoa, wait, you’re smart too!” I was like, “Oh, well thanks.” I guess it was kind of a compliment (laughs). But people always underestimate me and never expect that I’m in the medical world. Like how can a Playboy Bunny in health care be taken seriously? I think it’s refreshing.

Fox News: Have you ever been perceived in a different way at work because of your ties to Playboy?
Lupo: I’ve never been directly approached with that. I’m sure people do their homework. But I keep things super professional. I don’t wear makeup at work. I wear my glasses. I definitely have that Clark Kent thing going on. But I let my work speak for itself. I work twice as hard to beat the stigma and stereotype.

PLAYBOY PLAYMATE CHASITY SAMONE SAYS SHE WANTS TO PURSUE POLITICS: ‘WE HAVE BIGGER ISSUES TO TACKLE’ 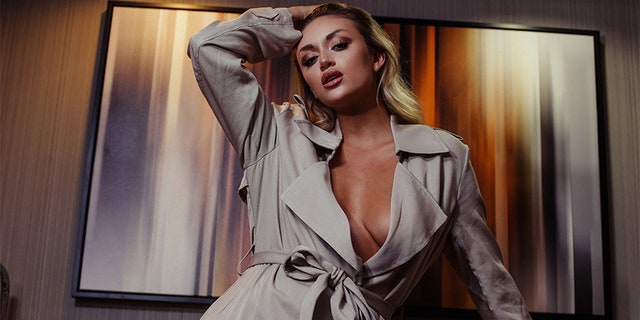 Fox News: You’re studying to be a doctor. Have you ever thought about the possibility of a patient learning about your ties to Playboy?
Lupo: That’s why I left my last name out of the full pictorial in the Czech issue. I don’t ever want someone to be like, “Hey, here’s my doctor who also happens to be in Playboy.” It’s unfortunate because people don’t understand Playboy to the fullest – that you can be a beautiful, intelligent woman who’s proud of her body. It doesn’t make you any less intelligent just because you’re comfortable in your own skin and proud of it. It’s empowering. But unfortunately, some people do think that way. But I’ve worked way too hard to let that stop me. 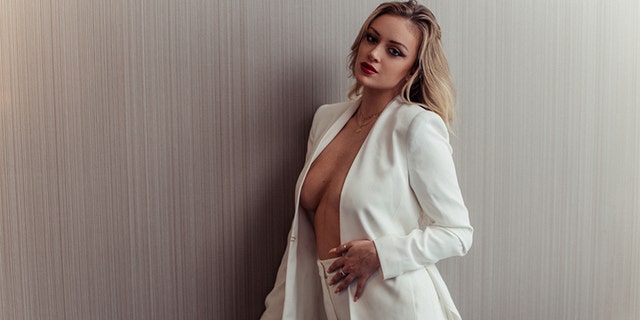 DOLLY PARTON SAYS SHE WANTS TO BE ON PLAYBOY COVER AGAIN FOR 75TH BIRTHDAY: ‘IT WOULD BE SUCH A HOOT’

Fox News: Some critics may say Playboy could be a distraction when it comes to your medical work. What would you tell those people?
Lupo: I would tell them to mind their business — in a nice way, of course (laughs). I don’t think there’s anything wrong with having hobbies, even if it’s modeling. I know there are people who are not comfortable with Playboy and all that it entails, but they’re totally free to think that way and to have their own opinions. But I do try to keep things very tasteful. There shouldn’t really be any serious concerns other than making sure you keep your worlds separate and still respect both aspects. My modeling career and healthcare career can both live at the same time. 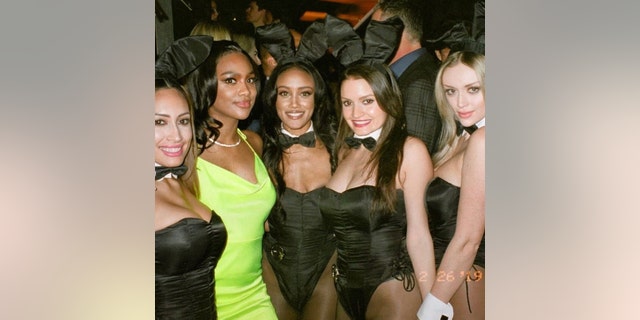 You only need to look at the magazine or meet another Bunny to see how Playboy celebrates women. You meet women from all different walks of life and different backgrounds. We all have different beliefs, different dreams — and Playboy accepts them all. They encourage us to pursue those dreams. And it’s a sisterhood. I’ve developed friendships that I still treasure to this day. I’m proud to be associated with a brand that celebrates women.

Fox News: How does your family feel about you being in Playboy?
Lupo: My mom is super conservative and reserved about it. She won’t tell her friends that I worked for Playboy or the club because, frankly, they wouldn’t get it. My dad is more well-versed in knowing what an honor it is to be a Bunny and to have that title. He thinks it’s cool to tell people that his daughter is a Bunny… My parents just want me to keep things classy and tasteful, which I do. And they’re excited to call me doctor one day (laughs). 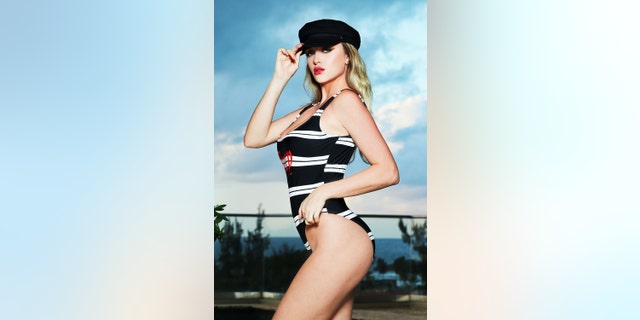 Fox News: What does the future hold for you?
Lupo: I want to continue balancing both worlds. I want to keep on the same track and achieve my dreams. I want to learn new things, meet new people and, of course, help others in need. I know there’s a lot I can do and I’m determined to show that. I want to use my platform for good. I specialize now in cardiology, but there are a lot of different roads I can take in the medical world and I’m excited about that. I’m passionate about the things that I can achieve.

Armie Hammer and Elizabeth Chambers are no more after 10 years of marriage. The pair announced the news that they are calling...

As promised, Jada Pinkett Smith took herself to the Red Table. The actress, 48, addressed the rumors she and August Alsina,...