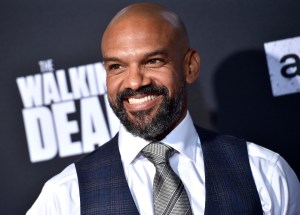 Celebrity LGBTQ Allies: See How They Show Their Support

“This my kid,” the Walking Dead star, 48, wrote. “One of the most happy, well-adjusted individuals I’ve ever known. My son, Karter. Karter with a K because it reminded him of my name. He chose it. You see, he was born female but has always identified as a boy.”

The actor went on to write that it was his son’s idea to announce his identity via social media. “He thought it would be cool,” Payton explained. “I told him that there would so many supporters but also a lot of jerks who would be harsh. He said, ‘Yeah, I know about trolls, Daddy. I can handle trolls.’” 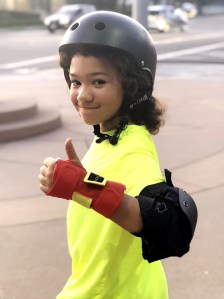 Celeb Moms Clap Back at the Parenting Police

The Georgia native concluded that there is “nothing more beautiful than watching [his] child feel the joy of exploring what it means to be true to themselves.” Payton wrote, “This is his journey, and I am here for it. I hope you all have the opportunity to feel the unquenchable love that I am feeling right now.”

In the social media upload, the little one smiled at his dad while wearing a helmet and elbow pads.

The General Hospital alum’s tweet came four months after Dwyane Wade introduced his transgender daughter, Zaya, to the world. “I [told her], ‘You are a leader. You are a leader, and this is an opportunity to allow you to be a voice,’” the former professional basketball player told Ellen DeGeneres in February. “Right now it’s through us because she’s 12 years old, but eventually it will be through her.”

“It’s watching the love handle the hate that has been encouraging,” the former America’s Got Talent judge explained to the outlet in May. “We’re just loving and accepting our kids, which is not revolutionary. To some people it’s nuts. For those people who have spoken out so publicly against our family … I’m not standing on my own. The cavalry is arriving, and they are unafraid to stand in their truth and not be compromising when we look at right and wrong.”

Kate Gosselin Celebrates Son Aaden Getting His Braces Off: Pic

All smiles! Kate Gosselin said goodbye to braces after her 16-year-old son Aaden got his orthodontic appliance removed. “Braces are a thing...

Matching monikers! Iggy Azalea introduced her son as Onyx via social media, one month after announcing his arrival. The rapper,...