Over 42,000 pounds of ground beef recalled over E. coli concerns

A New Jersey-based company this week announced it was recalling more than 42,000 pounds of ground beef over contamination concerns.

The U.S. Department of Agriculture’s Food Safety and Inspection Service (FSIS) over the weekend announced that Lakeside Refrigerated Services is voluntarily recalling some 42,922 pounds of ground beef over concerns the products may be contaminated with E. coli.

The products, which bear establishment number “EST. 46841” inside the USDA mark of inspection, were produced on June 1 and were later shipped nationwide.

“The problem was discovered during routine FSIS testing,” officials said, adding that as of June 13, “there have been no confirmed reports of adverse reactions due to consumption of these products.”

Anyone who has one of the recalled items in their freezer should either throw it away or return it to the original place of purchase. 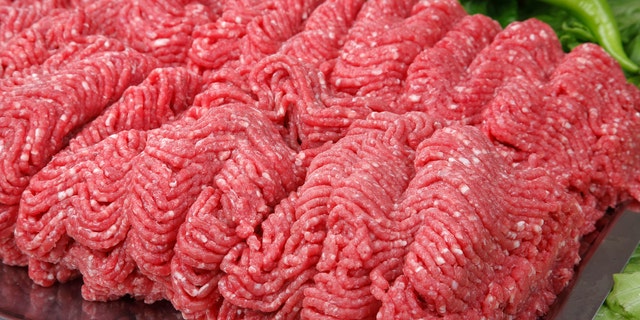 Anyone who has one of the recalled items in their freezer should either throw it away or return it to the original place of purchase. (iStock)

E. coli are bacteria found in both human and animal intestines. While most strains are harmless, some are pathogenic and can cause illness, which typically includes stomach cramps and diarrhea, according to the Centers for Disease Control and Prevention (CDC). The bacteria can be transmitted through contaminated water or food and sometimes through contact with other people and animals.

While most people recover from E. coli after a few days, some cases can be life-threatening. This is especially true for pregnant women, newborns, older or elderly adults and those with weakened immune systems.

A full list of recalled items can be found here.

A new map highlighting the spread of the coronavirus shows more than half of all states "trending poorly" or facing...

A Washington D.C.-based internist and former Harvard Medical School faculty member has claimed the idea that herd immunity may slow the coronavirus pandemic is "wishful thinking" after...