Like a great many soufflés before it, the pandemic baking trend appears to have fallen.

According to a recent report from the USDA, it seems the prices for baking flour and eggs — items that had frequently sold out at the beginning of quarantine — have dropped.

MCDONALD’S ALMOST CALLED THE BIG MAC SOMETHING ELSE ENTIRELY

In the first few weeks of mandatory lockdowns, quarantine baking was the popular pastime, with droves of wannabe bakers taking the chance to become amateur chefs — and then sharing their culinary creations online to the praise (and critique) of strangers doing the same thing. The increase in interest led to shortages on baking items at grocery stores around the country, as well as a more than 50 percent price hike on eggs in March, the USDA reported. 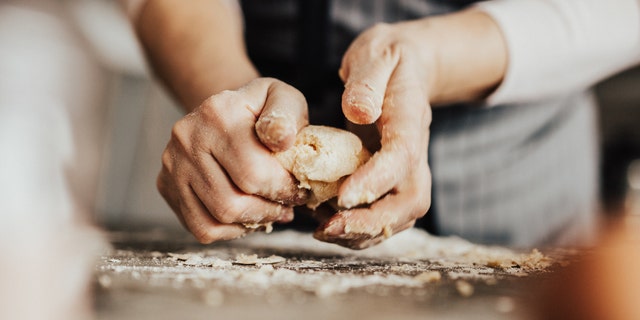 Many Americans may be eager to begin buying loaves of bread again, instead of slaving over sourdough starters, as states loosen coronavirus restrictions. (iStock)

Though, as NPR reports, the trend may have ended now that many counties are starting to loosen restrictions. According to the U.S. Bureau of Labor Statistics, eggs saw a 3.7 percent rise in the index in May, and a 10 percent increase compared to last year.

“I saw four to five times higher traffic than even during peak holiday-baking season,” Kristin Hoffman, baking coach and creator of Baker Bettie website, said to NPR. “It has started to kind of level back out, now that things are reopening.”

However, though many Americans may be eager to begin buying loaves of bread again instead of slaving over sourdough starters, Hoffman told the outlet that she’s heard from several people that they will continue their bread-making activities.

“I’ve heard a lot of people say that they’re very surprised how much joy they’re finding in bread baking,” she says. “So, yeah, I do think there are a lot of people that have found a new love for it and are going to stick around.”

Fortunately for those people, yeast and baking flour will likely be easy to find — but if it’s not, there are ways to make bread without these important ingredients.

A Florida teenager who died of the coronavirus attended a party at a church with 100 others just two weeks...

Teddi Mellencamp has announced that her 5-month-old daughter will soon undergo neurosurgery. On Monday, the 39-year-old reality star made the announcement...