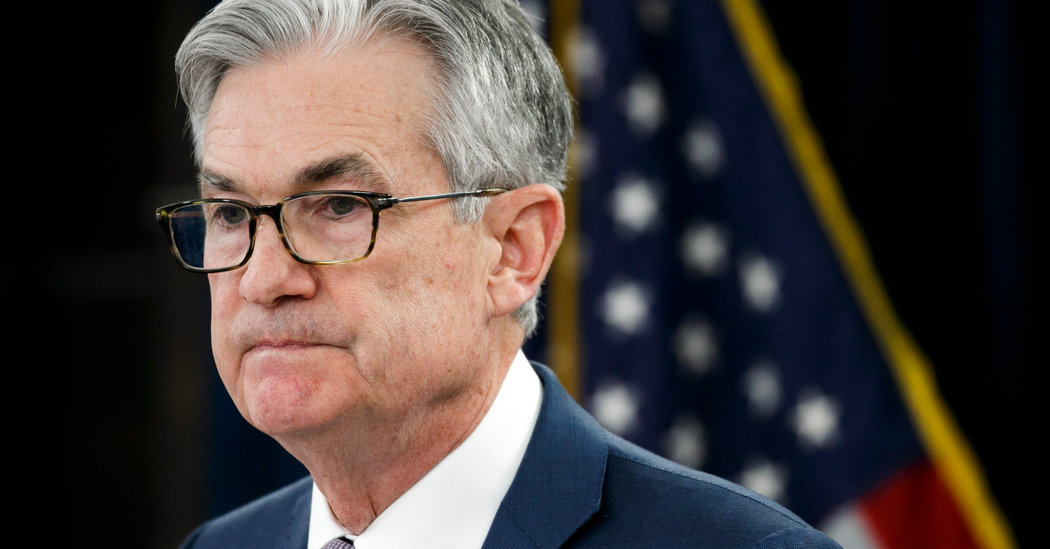 WASHINGTON — Jerome H. Powell, chair of the Federal Reserve, told lawmakers on Tuesday that the path to economic recovery remains uncertain and warned that a prolonged downturn could widen existing inequalities.

While some parts of the economy are seeing a modest rebound, “levels of output and employment remain far below their pre-pandemic levels, and significant uncertainty remains about the timing and strength of the recovery,” Mr. Powell told the Senate Banking Committee.

Mr. Powell stressed that the damage could be long-lasting if the pandemic drags on, particularly for lower-income workers, eroding skills and turning temporary job losses into permanent ones.

“Low-income households have experienced, by far, the sharpest drop in employment, while job losses of African-Americans, Hispanics, and women have been greater than that of other groups,” Mr. Powell said. “If not contained and reversed, the downturn could further widen gaps in economic well-being that the long expansion had made some progress in closing.”

Mr. Powell’s remarks, part of his two-day semiannual testimony before Senate and House lawmakers, come as communities across the United States continue to protest systemic racial inequality after a black man’s death at the hands of the police in Minneapolis in late May. Black Americans are often at a stark disadvantage in the labor market, and along with other minority groups, they have been hard-hit by pandemic-era job losses.

Mr. Powell told lawmakers that the central bank is focused on ensuring that the labor market has the support it needs to recover so that low- and moderate-income individuals are able to make gains.

“What we learned during the last long expansion is that a tight job market is probably the best single thing that the Fed can do to support all low- to moderate-income communities,” which are disproportionately minority. “Everything we are doing is to try to get the labor market back to where it was in February of 2020,” he said, when the jobless rate was around 3.5 percent.

The Fed chair told lawmakers that a full economic recovery is unlikely until the public is confident that the disease is contained, and he warned that an extended period of weakness could be damaging for some sectors of the economy.

“The pandemic is presenting acute risks to small businesses,” he said. “These businesses are the heart of our economy and often embody the work of generations.”

The Fed has already cut rates to near-zero, is buying large quantities of government-backed debt, and has unveiled a series of emergency lending programs to keep the economy and credit markets functioning. At the conclusion of its two-day policy meeting last week, Fed officials said they expected to keep rates unchanged through 2022.

But even with its crisis powers, the central bank only has the ability to lend, not spend. That means that direct support for households and businesses in the form of grants falls to Congress.

Lawmakers have enacted substantial fiscal stimulus, with Congress approving direct payments to individuals and funding for small business loans. While the central bank noted in its Monetary Policy Report to Congress, released last week, that the fiscal policy response so far “constitutes the fastest and largest fiscal response to any postwar economic downturn,” it signaled that the path to recovery remains “extraordinarily uncertain,” and highlighted that state governments in particular are coming under stress.

Mr. Powell reiterated that while the Fed is “committed to using our full range of tools to support the economy in this challenging time,” its response to the crisis is only part of what’s needed.

Legislation can “provide direct help to people, businesses, and communities,” he said. “This direct support can make a critical difference not just in helping families and businesses in a time of need, but also in limiting long-lasting damage to our economy.”

His testimony stopped short of explicitly recommending that Congress do more, but the Fed chair has previously said that more steps might be necessary. Lawmakers have shown varying degrees of enthusiasm for further action.

While House Democrats approved a $3 trillion stimulus law in May to further address the economic toll, Senate Republicans remain divided over what another coronavirus relief package should look like, with some voicing skepticism about whether another sweeping round of federal aid is needed as the economy slowly starts to reopen.

“As I’ve already said, we’ll be looking at July to make a decision about whether to go forward with a rescue package,” Senate Majority Leader Mitch McConnell told reporters on Monday.

President Trump and his economic advisers have been deliberating over the scope of the next economic stimulus package, with Mr. Trump advocating tax cuts and infrastructure spending.

Last week, Peter Navarro, a White House trade adviser, said that Mr. Trump wants the next bill to be at least $2 trillion and include a payroll tax holiday and incentives for businesses to bring overseas manufacturing back to the United States.

Larry Kudlow, the director of the National Economic Council, has been a proponent of a capital gains tax holiday and has echoed Mr. Trump’s calls for reviving tax deductions for dining out and entertainment. However, in a television interview on Sunday, Mr. Kudlow said that the enhanced unemployment insurance benefits that amount to an extra $600 per week should expire at the end of July and be replaced with incentives to spur rehiring.

Treasury Secretary Steven Mnuchin told reporters in a briefing last week that he wanted to see how the existing stimulus measures were working before pumping more money into the economy and that additional measures should be targeted to help industries that are continuing to suffer. However, he made clear that more money would be needed to support the economy.