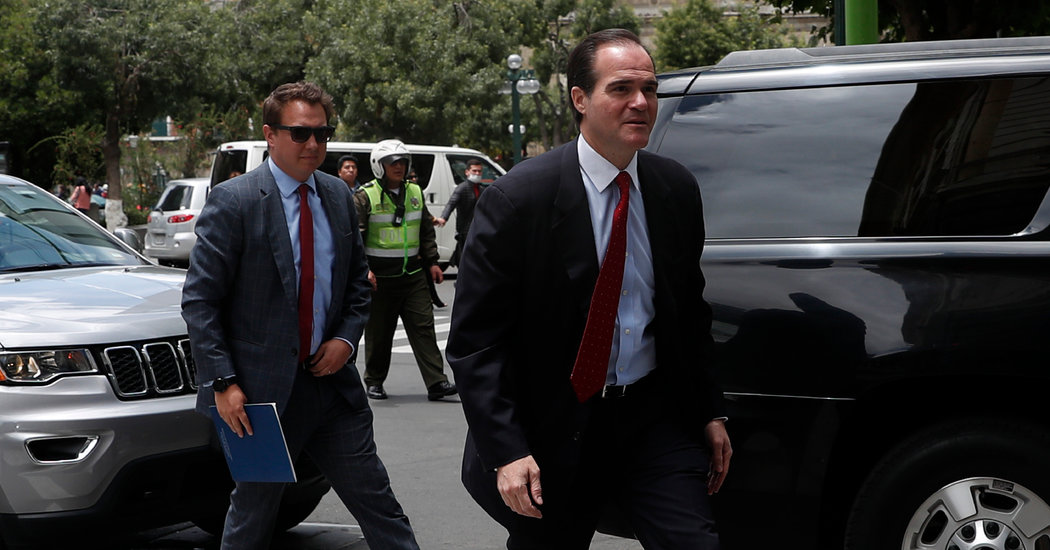 A top national security adviser to President Trump who is known for his hawkish positions on Cuba and the U.S. sanctions against the government of Venezuela will be nominated by the White House to lead the Inter-American Development Bank, Steven T. Mnuchin, the Treasury secretary, announced Tuesday.

The official, Mauricio J. Claver-Carone, senior director for Western Hemisphere affairs at the National Security Council, would be the first person from outside Latin America to head the bank.

The bank has 48 member nations and is a source of billions of dollars in loans to central governments, provinces, municipalities and nongovernmental organizations. The bank’s president is elected by member countries and the bank’s board of governors, who will vote in September on a successor to the bank’s current president, Luis Alberto Moreno of Colombia, who is stepping down.

The United States, which is a nonborrowing member of the bank, controls 30 percent of the vote, which is by far the most of any nation. It is also the bank’s largest contributor.

The choice of Mr. Claver-Carone, 44, a Cuban-American who served on Mr. Trump’s transition team, comes as the Trump administration has sought to reassert the influence of the United States in Latin America and keep China in check in the region.

“The I.D.B. is at a critical juncture as the region faces growing challenges to economic growth and sustainable development, particularly in light of the global pandemic,” Mr. Mnuchin said in a statement. “The nomination of Mr. Claver-Carone demonstrates President Trump’s strong commitment to U.S. leadership in important regional institutions, and to advancing prosperity and security in the Western Hemisphere.”

Since the bank’s creation in 1959, there have been only four presidents, all of whom came from Latin America.

The Treasury Department did not immediately respond to a request to interview Mr. Claver-Carone, but he told The Associated Press on Tuesday that he would serve only a single five-year term and said that the stagnancy of the bank’s leadership was problematic.

“One tradition people don’t talk about is that for 60 years there have been only four presidents,” he said. “These 15-, 20-year presidencies have to end.”

Mr. Claver-Carone framed it as a positive development that the United States was taking a more active role in the bank.

“The number one complaint forever with I.D.B. is that the U.S. didn’t care enough about the IDB, that the U.S. doesn’t pay attention,” he said. “In the Trump administration we’re changing that.”

A writer for the Fox News star Tucker Carlson resigned after he was revealed as the pseudonymous author of several...