Cal Thomas: Forgetting our history – this happens when we reject the values that built a nation 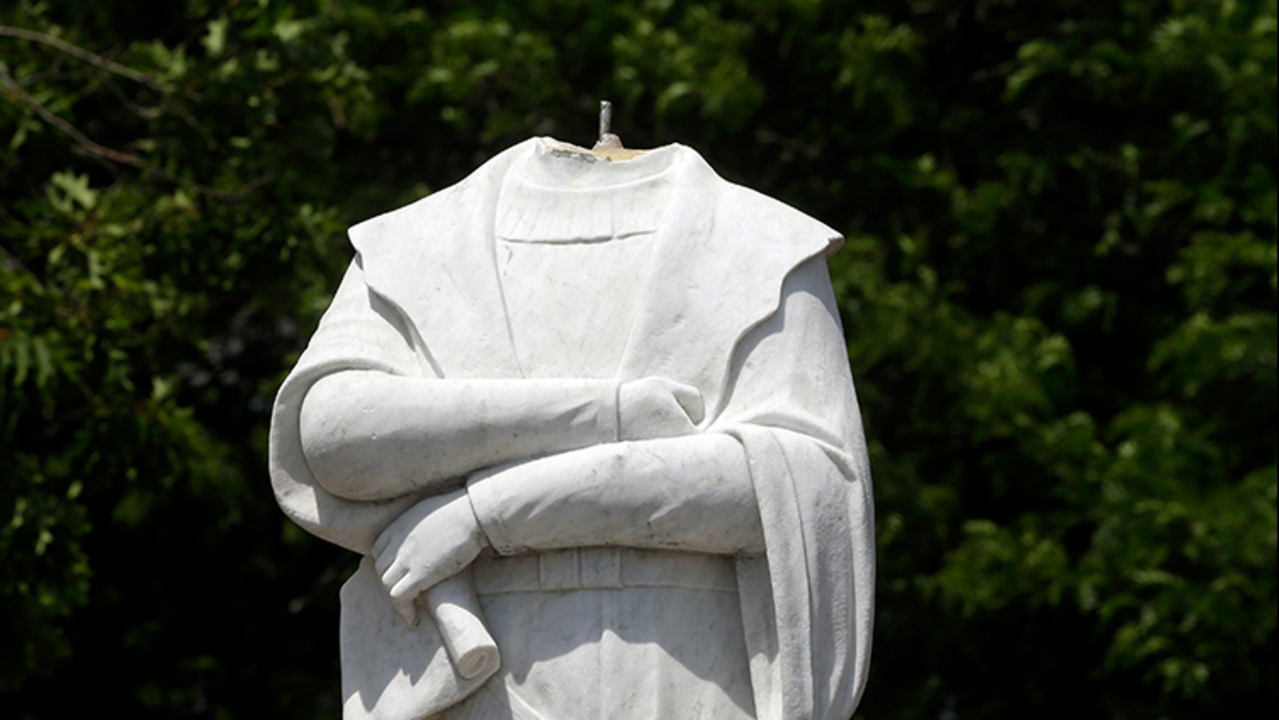 It is a gift, as Robert Burns wrote, to see ourselves as others see us.

One of those “others” is Caroline Glick, who writes on her webpage from Israel: “Americans are now expected to kneel for ‘The Star-Spangled Banner’ and disavow American history while swallowing whole a false, malicious new history that claims America has been a force for evil at home and worldwide since it was nothing more than a sparkle in a racist colonialist’s eye.”

Regimes in China and Iran, which violently repress even peaceful demonstrators, are mocking us and claiming we are no better than they when police and the National Guard put down street violence.

LIZ PEEK: LEFT SILENCES SILENT MAJORITY – BUT WATCH FOR THIS IN NOVEMBER

These are the inevitable consequences when a nation forgets who and what it is and when some of its citizens reject the values that built and sustained it.

Have we forgotten that the evil of slavery and Jim Crow laws throughout the South have been mostly corrected and, in some cases, atoned for in blood and legislation? Perfect we have not yet become, but our journey is advancing, not retreating, or “sheltering in place.”

The current anarchy started with justifiable outrage over the killing of George Floyd. After peaceful demonstrations, things turned violent. Political correctness and censorship of speech quickly followed as mob rule became the norm.

TV programs about the police have been canceled before a single complaint. “Gone with the Wind” is gone from HBO Max. Career journalists are being fired for writing headlines that “offend” certain employees who claim words can lead to physical harm. Stan Wischnowski, the top editor of The Philadelphia Inquirer, resigned after this headline was attached to a column: “Buildings Matter, Too.” His career at the paper spanned 20 years.

Rioters and looters seem to think of themselves as second American revolutionaries and morally superior to the Founders, some of whose statues they are pulling down and others they are defacing.

The New York Times, which brags of its commitment to a “diversity” of opinions on its editorial page, apologized and withdrew from its website a column written by Sen. Tom Cotton, R-Ark., who called for a military response to street riots.

Rioters and looters seem to think of themselves as second American revolutionaries and morally superior to the Founders, some of whose statues they are pulling down and others they are defacing.

House Speaker Nancy Pelosi, D-Calif., has called for the removal of Confederate statues from the Capitol. The irony is that most, if not all, of these notable men were Democrats, a party opposed to Reconstruction after the Civil War and the authors of Jim Crow laws.

Their racist descendants opposed civil rights legislation in the 1960s. Will these purists tear down the Richard Russell Senate Office Building, named for the senator from Georgia who opposed all such legislation?

Yes, reforms are needed as they always are in a pluralistic nation with competing ideas, especially because of our racial history. But tearing things down, including history, does not help others rise. No life is improved, no family stabilized.

“Out of many, one” is our national motto. We seem to be practicing it today about as much as the unofficial one, “In God we trust.” Unfortunately, the tribalism unleashed on the land appears to have become out of one, many, and we are fighting each other with a zeal that would be better directed at real enemies.

As Abraham Lincoln observed in his first inaugural address: “We are not enemies, but friends. We must not be enemies. Though passion may have strained, it must not break our bonds of affection. The mystic chords of memory will swell when again touched, as surely they will be, by the better angels of our nature.”

If only it were so today. The shame is ours that it is not.

A message hit my inbox on Monday morning that shook my world. It was an email from Charlie Daniels' publicist who...

Is Nwakaeme’s absence to blame for Trabzonspor’s title slump?

Huseyin Cimsir’s team have dropped valuable points with the forward injured, and their chances of a historic title win are...