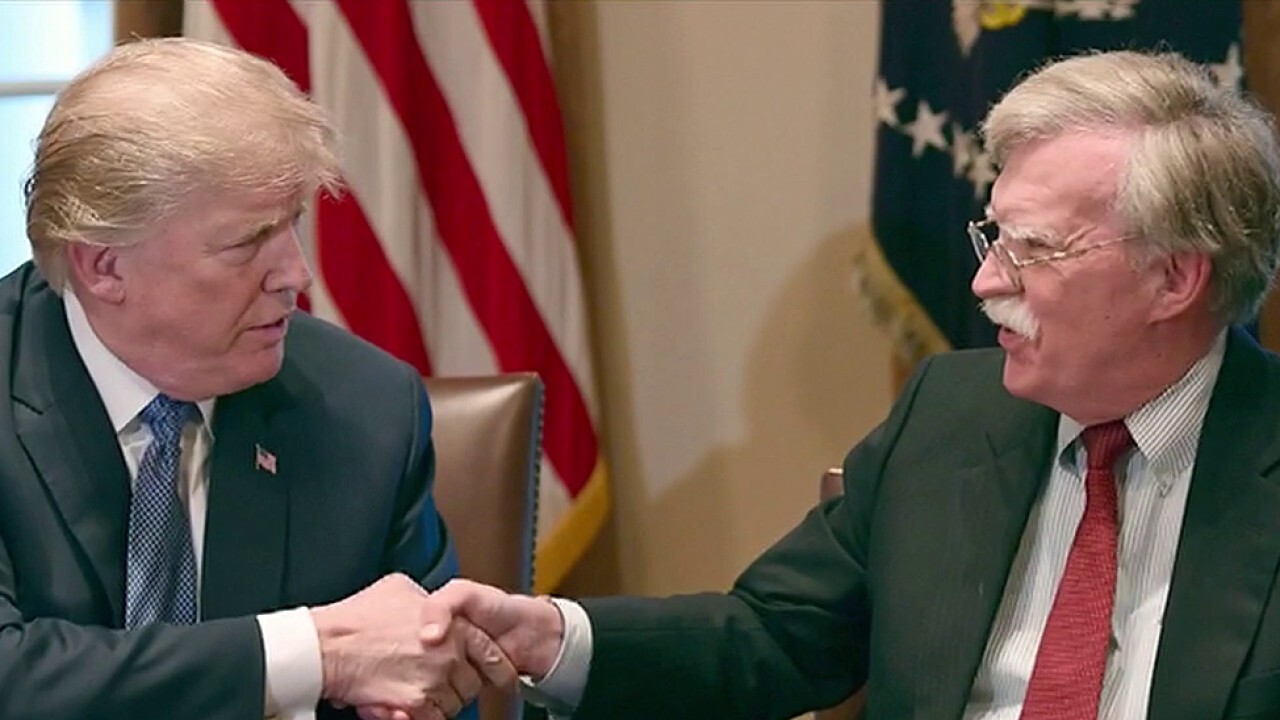 Former National Security Adviser John Bolton sat down Monday for an interview with ABC’s Martha Raddatz to promote his new “tell-all” book and likely rip the bark off the Trump White House.

ABC will air the interview Sunday during prime time … just like it aired a prime-time interview with former FBI Director James Comey in 2018 to promote his anti-Trump “tell-all” book.

In 2007, Bolton wrote a book about his experiences in government. No major network came calling for a prime-time special. He wasn’t useful to them back then.

Try to remember a time when ABC offered a prime-time special to a Barack Obama insider who wrote a rip-roaring “tell-all” book. You’ll have a tough time because most publishers are liberals and won’t roll out the red carpet for that kind of book, even if the author is a liberal. So there was no insider “tell-all” for ABC to promote.

Instead, ABC scheduled a prime-time special to promote an Obama book: “Becoming,” Michelle Obama’s uber-selling autobiography. The network turned on the cotton candy machine for Michelle in 2018. There are reasons the publishers gave the Obamas and their book agents tens of millions of dollars, and ABC’s promotion was one of them.

The Disney-owned network aired a prime-time book special for Hillary Clinton and her State Department memoir “Hard Choices” in 2014. ABC’s legendary softball specialist Barbara Walters offered a prime-time special for Clinton’s memoir “Living History” in 2003. Walters asked Clinton if she is a “saint.”

To be fair, former Obama officials came out with memoirs that said something negative about Obama … and they were attacked for it.

In 2014, Robert Gates, Obama’s first secretary of defense, was selling a book. As he sat in the NBC studio wearing a neck brace, “Today” co-host Matt Lauer accused him of endangering the troops for having the audacity to criticize the sitting commander in chief.

“At a time when some 40,000 U.S. troops are in harm’s way, do you think that by calling him into question at this stage, it is either dangerous or dishonorable?” Lauer asked Gates.

Now look back and imagine being called “dishonorable” by Matt Lauer.

In 2013, Army Gen. Stanley McChrystal, whom President Obama fired over critical comments made about Obama’s staff in a Rolling Stone article, issued his memoir and did a round of TV interviews. The first one, with CBS Pentagon correspondent David Martin, mostly skipped Obama, except for McChrystal to express pain over his apparent “disloyalty” with Rolling Stone.

There wasn’t any attack on Obama.

This same pattern emerged last September with retired Marine Gen. James Mattis. CBS promoted the former secretary of defense’s book in two interviews but completely ignored his strong criticisms of Obama. He had called some of Obama’s choices “catastrophic.”

Instead, “CBS This Morning” co-host Anthony Mason asked about Trump, saying, “What do you think the president got wrong about Syria?”

Guest host Maria Elena Salinas pushed about Mattis’ resignation as defense secretary: “Was it your decision to leave, or were you fired, or were you pushed into resigning?”

There’s no need to prejudge what John Bolton will say to ABC. But we can judge a long history of “tell-all” imbalance, from the publishing houses to the TV studios. Republicans are mercilessly dissected. Democrats are carefully protected.

Legendary criminal defense attorney Clarence Darrow once observed: “There is no such thing as justice — in or out of...