Biden declared his 2020 presidential candidacy last year by charging that Trump, in those controversial comments made after white supremacists also joined those protests, had “assigned a moral equivalence between those spreading hate and those with the courage to stand against it.” Although Trump noted at the time that he was “not talking about the neo-Nazis and the white nationalists because they should be condemned totally,” Democrats and some top Republicans criticized him for not speaking out more forcefully from the start.

However, speaking at a Senate Judiciary Committee hearing on July 22, 1993, during the confirmation process for Associate Justice Ruth Bader Ginsburg, Biden himself offered something of a positive endorsement for the United Daughters of the Confederacy (UDC), which has been linked to the Ku Klux Klan.

“I, too, heard that speech and, for the public listening to this, the senator made a very moving and eloquent speech,” Biden said, referring to remarks by then-Alabama Democratic Sen. Howell Thomas Heflin. “As a son of the Confederacy, acknowledging that it was time to change and yield to a position that Sen. Carol Moseley-Braun raised on the Senate floor, not granting a federal charter to an organization made up of many fine people who continue to display the Confederate flag as a symbol.”

That was a reference to Moseley-Braun remarks earlier in the day concerning the UDP, an organization that Salon has reported “keeps Confederate statues standing and spreads lies about America’s history of slavery.”

“[S]ince the UDC was founded in 1894, it has maintained a covert connection with the Ku Klux Klan,” Heidi Christensen, the former president of the Seattle chapter of the UDC, told Salon. “In fact, in many ways, the group was the de facto women’s auxiliary of the KKK at the turn of the century. It’s a connection the group downplays now, but evidence of it is easily discoverable — you don’t even have to look very hard to find it.”

“Every clubhouse of the United Daughters of the Confederacy should have a memorial tablet dedicated to the Ku Klux Klan; that would be a monument not to one man, but to five hundred and fifty thousand men, to whom all Southerners owe a debt of gratitude,” wrote Annie Cooper Burton, then the president of the Los Angeles chapter of the UDC, in a 1916 publication.

In his speech at the Ginsburg hearing, Biden went on to note that he went into public office to further the cause of “civil rights,” and said the organization’s behavior had “nothing to do” with the First Amendment.

After Biden spoke, the Judiciary Committee refused to renew a design patent for the UDC’s insignia, by a 12-3 vote. The patent had come up for reauthorization every 14 years since the UDC was founded in 1894, and had unanimously been approved each time, The Washington Times reported. 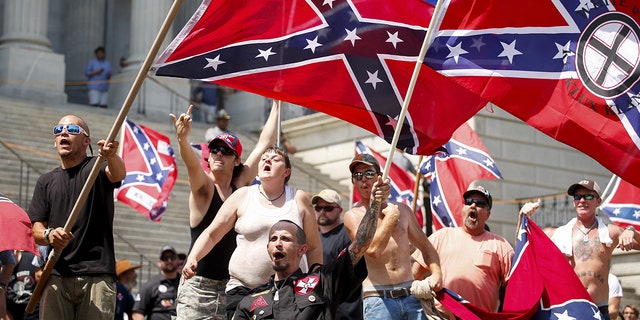 Members of the Ku Klux Klan yell as they fly Confederate flags during a rally at the statehouse in Columbia, South Carolina July 18, 2015.  (REUTERS/Chris Keane)

Reached for comment by Fox News, the Biden campaign pointed to tweet from its rapid response director, Andrew Bates.

“You don’t want to bring up the phrase ‘fine people’ in any context,” Bates said, responding to the Trump campaign’s post including the video of Biden’s remarks.

Bates appended a statement from the Anti-Defamation League (ADL) condemning Trump for not standing up to “bigotry and hate” in Charlottesville.

INSIDE A MASSIVE EFFORT TO DEPLATFORM ‘BLACK LIVES MATTER’ CRITICS

The Trump campaign tweeted Biden’s remarks amid a newly resurfaced debate over racism following the in-custody death of George Floyd in Minneapolis.

Biden said on Friday he’s backing a push to the remove the names of Confederate leaders from the Civil War from all U.S. military assets – marking a contrast to the president’s fierce opposition earlier this week to scrub those names from 10 military bases. 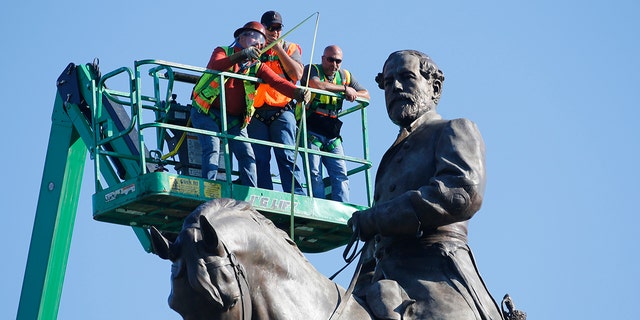 “The names affixed to our military installations must honor the diverse heritage of leadership and sacrifice in our country’s history,” Biden said in a statement. “I fully support Senator Warren’s bipartisan effort to form a commission to rename Defense Department facilities named after Confederate leaders in the next three years, and look forward to implementing the commission’s work as president.”

Trump, however, tweeted last week that his “Administration will not even consider the renaming of these Magnificent and Fabled Military Installations.”

Biden’s record on the matter has changed over time. In 1975, Biden and all of his Senate colleagues voted to restore citizenship to Confederate Army leader Robert E. Lee. Ten members of the House of Representatives voted against the measure.

The former vice president, however, also has a record of emphasizing the importance of taking on pro-Confederate institutions. In 2001, he grilled President George W. Bush’s nominee for attorney general, John Ashcroft, for giving an interview praising Robert E. Lee to the neo-confederate publication Southern Partisan.

Separately, in 2006, Biden told Fox News’ Chris Wallace that he had good prospects of winning southern states in the Democratic presidential primary, even though he was a liberal from the northeast. 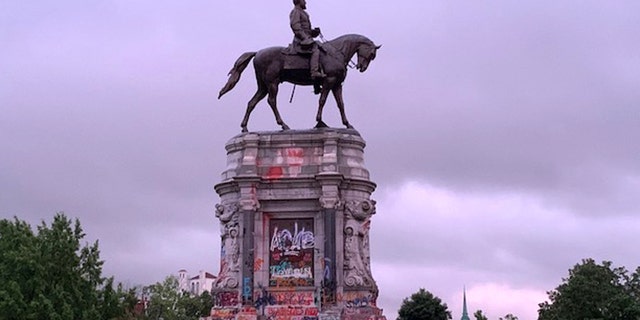 Also that year, Biden commented that Delaware’s history as a slave state helped explain how it stayed out of some partisan fights.

‘This state is not a homogenous state,” Biden remarked. “We’re a border state, a slave state that fought on the side of the North. We’re a very different state between Claymont and Hartly.” Biden made other similar remarks in different contexts that year.

Asked for a reaction to those comments by Fox News on Monday, a Trump campaign senior official responded: “Who brags about being from a slave state?”

Former White House physician Ronny Jackson is a step closer to winning a seat in Congress. The AP projected on...