Hickenlooper apologizes for past ‘slave ship’ comment: ‘I recognize that my comments were painful’ 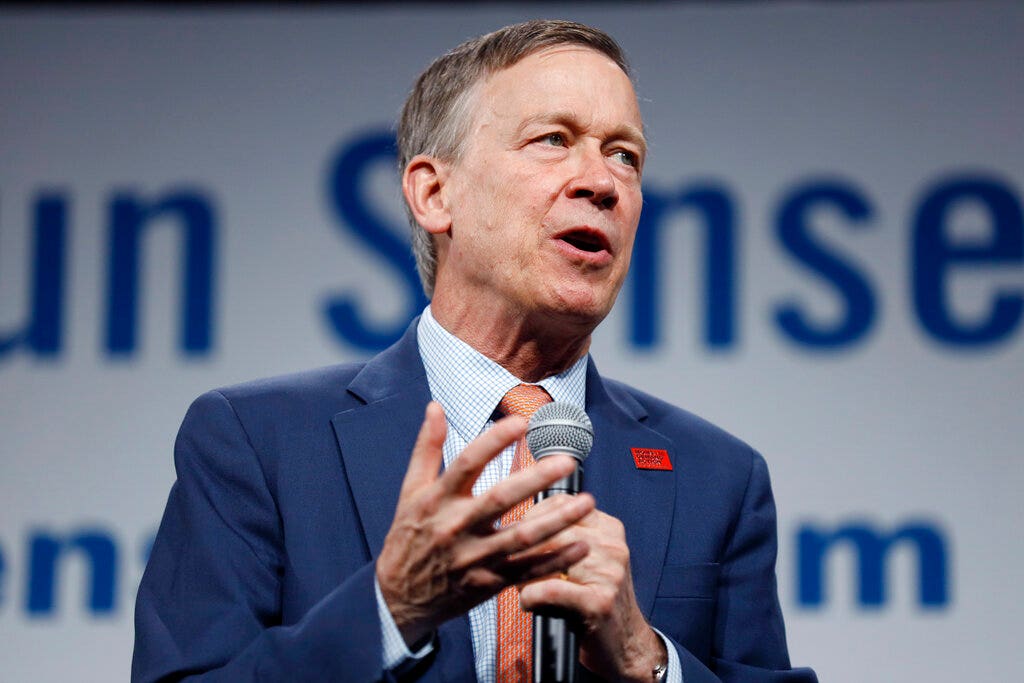 Colorado Democratic Senate candidate John Hickenlooper apologized for past comments comparing politicians to slaves being whipped in an “an ancient slave ship,” saying Monday he realizes those remarks were “painful.”

Video of the remarks was unearthed and tweeted by Tay Anderson, a black Denver school board member who has been at the forefront of protests following the death of George Floyd.

The video shows Hickenlooper, the former governor of the state, speaking at an event about political schedulers.

“Imagine an ancient slave ship,” he tells the audience. He says the schedulers are the people who lashed slaves to keep them rowing the ship. “We elected officials are the ones rowing,” Hickenlooper said. He added that politicians are often asked to do “hard, thankless things,” similar to slaves.

In a statement released through his campaign, Hickenlooper said: “Taking a look at this video from six years ago, I recognize that my comments were painful. I did not intend them to be. I offer my deepest apologies.”

Hickenlooper has been seen as the front-runner to defeat incumbent GOP Sen. Cory Gardner but has not escaped criticism from both the left and right.

Hickenlooper, who at one point was a part of the previously crowded Democratic field for the presidency, earlier this month was held in contempt by the Colorado Independent Ethics Commission after he didn’t appear Thursday at a mandatory hearing, defying orders to do so as the panel considers a Republican complaint that private plane trips he took while governor of Colorado violated the state’s gift ban.

“John Hickenlooper’s unending efforts to avoid testifying about his use of corporate-paid private jets and a Maserati limo have been rewarded with his being found in contempt,” National Republican Senatorial Committee (NRSC) spokesperson Joanna Rodriguez said in a statement. “Hickenlooper’s blatant disregard for our legal system and his state’s ethics laws make it impossible for Colorado voters to trust him with elected office again.”

Mark Grueskin, an attorney for Hickenlooper, had logged onto the remote hearing 15 minutes after it started, citing problems with his Internet connection. Hickenlooper was also subpoenaed by the commission to appear but argued the hearing’s remote format violates his right to face his accusers in person.

But he also came under fire when in early June he struggled to define “Black Lives Matter” before saying the term meant “every life matters.”

“Black Lives Matter means that every life matters,” the former governor said, according to the Colorado Sun.

“And the color of a person’s skin has nothing to do with the richness of their lives and their place in their family, in their neighborhood, in their community,” he continued. “And that every life is sacred and every life deserves the protections of our system of public safety and our system of justice.”

He later apologized, saying “I tripped over my words.”

Fifty-three countries at the U.N. Human Rights Council, led by Cuba, came out in support of China’s national security law this week...

Supreme Court Justice Brett Kavanaugh on Saturday denied an emergency appeal submitted by GOP lawmakers from Illinois that had argued against the governor’s...