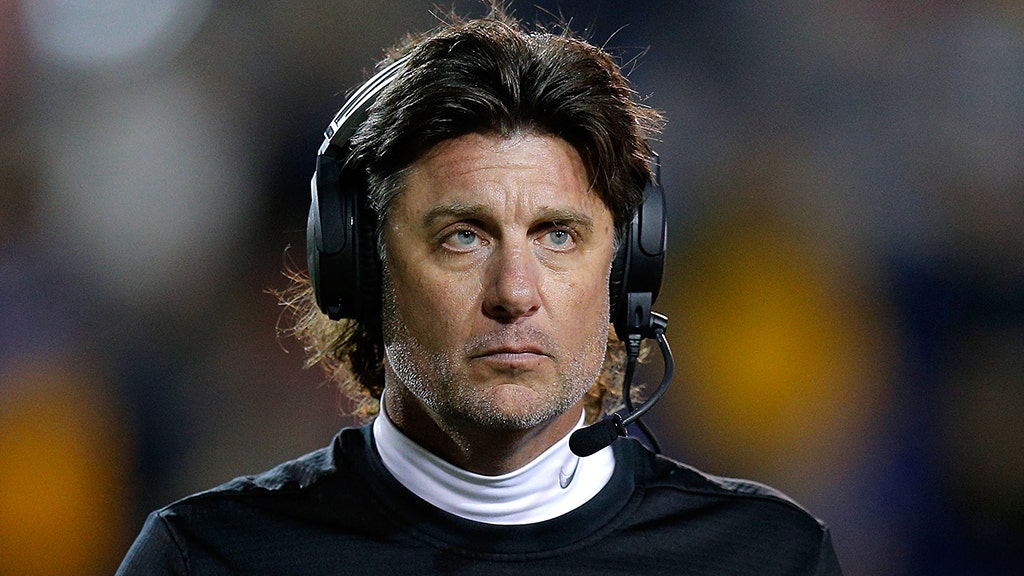 Oklahoma State football coach Mike Gundy apologized on Tuesday after a picture surfaced on the Internet of him wearing a shirt promoting One America News Network, a right-wing station.

“I had a great meeting with our team today. Our players expressed their feelings as individuals and as team members. They helped me see through their eyes how the T-shirt affected their hearts,” Gundy said. “Once I learned how that network felt about Black Lives Matter, I was disgusted and knew it was completely unacceptable to me. I want to apologize to all members of our team, former players and their families for the pain and discomfort that has been caused over the last two days.

“Black Lives Matter to me. Our players matter to me,” Gundy added. “These meetings with our team have been eye-opening, and will result in positive changes for Oklahoma State football. I sincerely hope the Oklahoma State family, near and far, will accept my humble apology as we move forward.”

Oklahoma State running back Chuba Hubbard, a Heisman Trophy award candidate, threatened to sit out of all team activities after seeing the photo of his head coach on Monday.

“I will not stand for this.. This is completely insensitive to everything going on in society, and it’s unacceptable,” Hubbard wrote on Twitter. “I will not be doing anything with Oklahoma State until things CHANGE.”

Later on Monday, Hubbard posted a video of himself with Gundy, and a caption that read: “Change is coming I promise you that.”

On Tuesday, Hubbard addressed the controversy and released a longer statement on the issue.

“I will start by saying this; I was never wrong for saying what I said. I am a man, and I realized I should have went to him as a man face to face rather than on Twitter. That’s my opinion. But I had to hold him accountable either way. I am glad things happened the way they did because things are being changed as we speak,” he wrote in a statement posted on Twitter.

“If anyone truly knows me, they know I am a very passionate person. I care about my family, friends, teammates and people I don’t even know. I spoke out because I am emotionally drained and I’m tired of seeing stuff happening without results or consequences. I realize I have a platform to generate change and I am trying my best to use it accordingly.”

He continued: “I am a young black man that wants change. I want change that will bring a better experience for my black brothers and sisters at Oklahoma State. It’s that simple.”

Hubbard vowed that he will try to bring change “EVERYDAY” to the school and the world.

He added, “Good will come from this.”

Gundy’s shirt reverberated across social media. ESPN college football analyst Paul Finebaum went as far as to say that Gundy should be fired.

“I thought the wrong person apologized. Chuba [Hubbard] is just expressing his frustration with his head coach in the middle of a national, international crisis, wearing a T-shirt of a network that I must admit I’ve never seen. But I’ve read enough about it,” he said on “Get Up.” “And a commentator of that network recently said that ‘black lives matter’ is a farce. So I can understand the frustration of the players. What I can’t understand is why Mike Gundy is allowed to continue to coach at Oklahoma State.”

Finebaum continued: “This is not his first rodeo. It’s not the first time that he has embarrassed or humiliated the university. I think the sooner Oklahoma State gets rid of Mike Gundy, the better it’s going to be for that school and especially the players who go out every Saturday and give their blood, sweat, and tears for that university.”

Cassie Randolph does not seem to be happy with the folks cutting footage of “The Bachelor” following her breakup with former...

At least two of those who signed the open letter opposing "cancel culture" are now backing away from it. On...