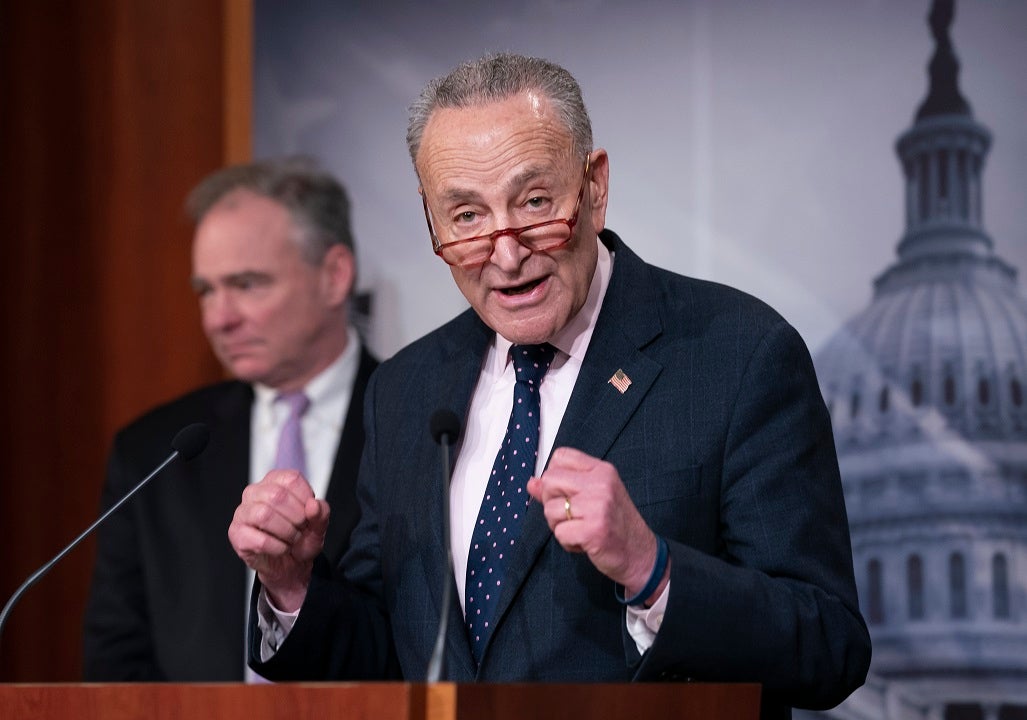 Senate Democrats have criticized the anticipated GOP police reform plan as mere cosmetic fixes — even before seeing the final legislation — in a sign that bipartisan legislation to end police brutality may be an uphill climb.

While not fully dismissing GOP legislation that’s slated to be released Wednesday by Sen. Tim Scott, R-S.C., Democrats have expressed deep skepticism that the Republican plan won’t be comprehensive and aggressive enough to meet the crisis at hand in the wake of George Floyd’s death.

“The moment does not call for cherry-picking one or two things to do; it calls for bold, broad change–whole-scale reform, not piecemeal reform,” Senate Minority Leader Chuck Schumer, D-N.Y., said last week. “I know the inclination of some of my Senate colleagues would be to cherry-pick a few small improvements and say the job is done. It will not be.”

Democrats back the Justice and Policing Act that’s introduced in the House and spearheaded by Sens. Cory Booker, D-N.Y., and Kamala Harris, D-Calif. That legislation would lower the bar for police officers to face criminal prosecution by allowing charges not just in cases where alleged misconduct was intentional, but also in cases of reckless misconduct. It would also ban chokeholds, create a national database of cops who committed misconduct, boost police training and reform qualified immunity that can protect cops from lawsuits from victims of police brutality.

The Senate GOP proposal, by contrast, is not expected to end qualified immunity for police.

“This Republican proposal is heavy on gestures and light on meaningful reforms that will root out the systemic injustices that are baked into our justice system and policing practices,” Booker told Politico. “If we’re serious about confronting police brutality and excessive use of force, this bill is not the solution.”

Harris told The Hill newspaper that the GOP plan doesn’t meet the moment.

“It’s so far from being relevant to really the crisis at hand and what we need to do to solve the problems that are obvious,” Harris said.

Sen. Tammy Duckworth, D-Ill., told MSNBC last week she’ll wait to see Scott’s bill, but she suspects it “is going be window dressing when what we need right now is systemic change.”

While Republicans have grumbled that Democrats are too quick to dismiss legislation they haven’t seen, Democrats say they are just responding to news reports and section-by-section outlines of the plan.

Democrats say the reporting out so far shows the GOP plan will not be as comprehensive as the Democrats’ proposal and would exclude two provisions that are the cornerstones to their plan: banning chokeholds and reforming qualified immunity, which can help shield abusive cops from victim lawsuits.

“I don’t think they’re going to propose anything that comes anywhere near enough to what we need to do. We need systemic change,” Duckworth told Politico. “If they propose systemic change then I’m fully supportive of it. But I wouldn’t be surprised if it’s more cosmetic.”

Sen. Brian Schatz, D-Hawaii, worried that the GOP police reform bill could be whittled down to “a blue-ribbon commission.”

House Democrats are planning to vote the Justice in Policing Act out of committee Wednesday, which could set up a full House floor later this month. Senate Republicans, led by Scott, will introduce their police legislation Wednesday and are eyeing a possible vote before the Fourth of July.

The plan will not include the removal of qualified immunity for police officers, which could expose police officers to more civil lawsuits. A source familiar with the plan said that was a red line given by the White House.

While not outlawing chokeholds outright, Scott’s plan will effectively ban them, a source familiar with the plan added. The GOP plan would provide more money to police departments for de-escalation and duty-to-intervene training and for body camera programs. It will also include a new initiative to ensure police departments look more like the communities they serve.

House Speaker Nancy Pelosi's claim that school reopenings present the "biggest risk for the spread of the coronavirus" is "completely...

A fundraiser has been set up for the 1-year-old boy who was shot and killed at a New York City cookout,...