Tucker: Black Lives Matter ‘enjoys almost complete immunity from criticism,’ US is at a ‘dangerous moment’ 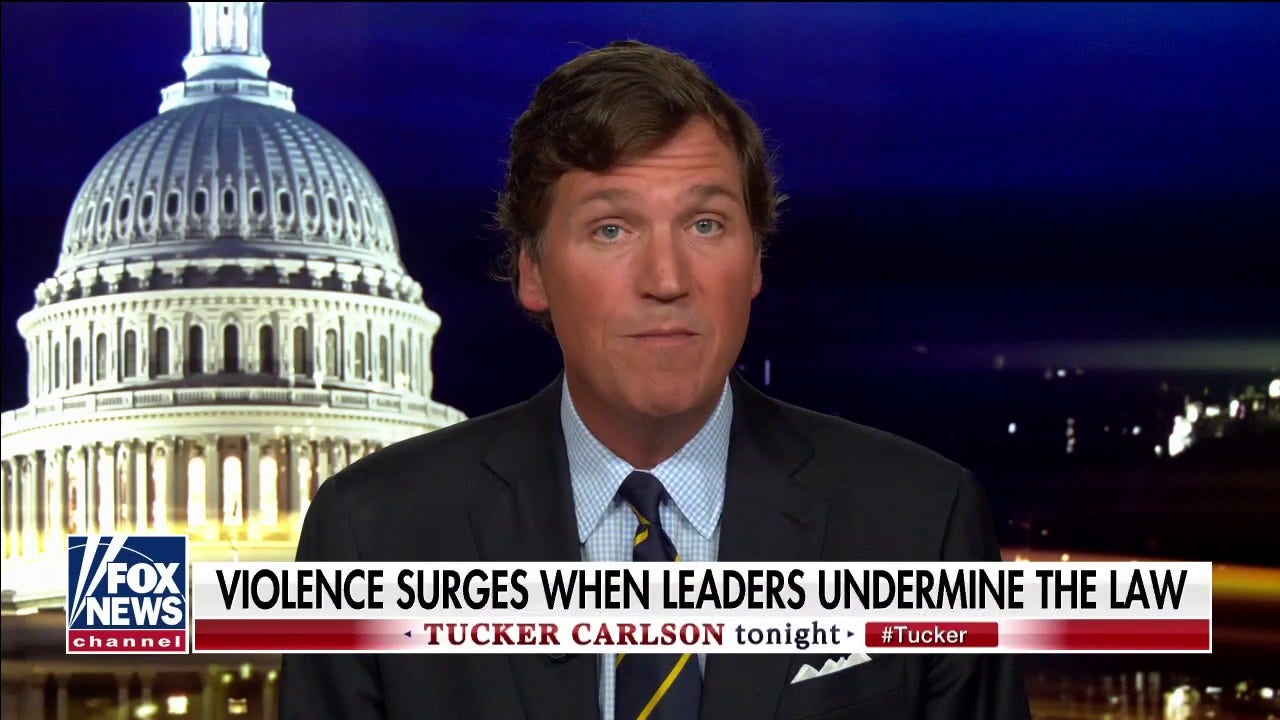 Tucker Carlson opened Monday’s edition of “Tucker Carlson Tonight” with a discussion of the popularity of the Black Lives Matter movement, describing it as the first political party that cannot be criticized without professional or personal consequences

“The media, in their relentlessly fawning coverage, usually describe Black Lives Matter as an activist group or protest movement,” the host said. “But that’s deception by understatement. Black Lives Matter is not a collection of marchers with signs. It’s not a conventional political lobby like Planned Parenthood or the NRA … It is working to remake the country and then to control it. It’s a political party.

“As of tonight, Black Lives Matter may be the single most powerful party in the United States,” Carlson contiued. “Nobody says that out loud but politicians understand it perfectly well. If nothing else, they understand power — they can smell it at great distances. That is why they are lining up to bow before Black Lives Matter.”

The host pointed that Republicans as well as Democrats are bowing to the new party, with none other than Sen. Mitt Romney, R-Utah, taking part in a protest march in recent weeks.

“Republican leaders brag about their strong conservative convictions, but mostly they just want to be on the winning team, whatever that is,” Carlson said. “That is why they pause before offending China. It’s why when Black Lives Matter tells them to take a knee, they do.

“It’s all pretty strange when you think about it. If the leaders of Black Lives Matter are political actors, and they are, then by definition you are allowed to have any opinion you want to have about them.”

“Imagine a world,” the host said later, “where you are punished for questioning the behavior of the president or for insulting your local mayor. You probably can’t imagine that because it’s too bizarre. It is un-American but that is where we are right now. Black Lives Matter has changed the rules and here is the first new rule: No criticizing Black Lives Matter.

“You can be fired from your job if you disobey. Many Americans have been,” he said.

Those Americans include a Vermont principal who posted a status to her personal Facebook page about the importance of protecting both black lives and law enforcement. The local superintendent described the post as “outright racist.” Similarly, the Federal Reserve Bank of Chicago cut ties with one of its scholars, a University of Chicago economics professor who claimed the movement had BLM “torpedoed itself” by backing the “hashtag [of] defund the police.”

“Black Lives Matter now enjoys almost complete immunity from criticism,” Carlson said. “This is unprecedented for an American political movement but Black Lives Matter is more powerful than that. It has singlehandedly revised our moral framework …”

“Affirming the fundamental equality of all people is now considered hate speech,” he added. “You can be fired for saying it. Again, many people have been. This is a dangerous moment.”

An Indiana man who separated from his wife last week allegedly shot the man he found in a bedroom with...

Atlanta Dream co-owner Kelly Loeffler, a Republican U.S. Senator running for reelection in Georgia, is not happy with the WNBA’s plans...