Two San Francisco-area elementary schools named after a pair of founding fathers who owned slaves will get new names after a school board approved a Black Lives Matter resolution last week, according to a report.

The Berkeley Unified School District Board unanimously endorsed the measure on Wednesday amid renewed efforts nationwide to take a second look at monuments and buildings honoring controversial figures.

The move means the board can begin the process of renaming schools named after George Washington and Thomas Jefferson, the first and third presidents, respectively. It was not clear what names are under consideration.

The district already has schools named after Rosa Parks, Malcolm X and Sylvia Mendez, the child at the center of a 1947 case that outlawed segregation in California schools. 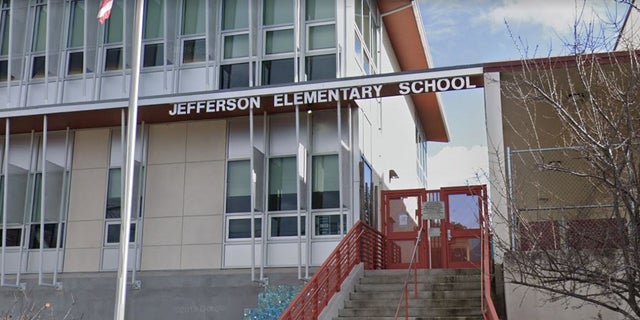 Two schools named after George Washington and Thomas Jefferson in the Berkeley Unified School District will be renamed after a push from Black Lives Matter activists.  (Google Maps)

A push to rename Jefferson Elementary School failed in 2005 when a motion on the matter didn’t pass.

Marguerite Talley-Hughes, a former Jefferson teacher who now teaches at Rosa Parks Elementary School, has been pushing to change the name of the school for nearly 20 years. During her final seven years at Jefferson, she referred to it as Sequoia, according to The Daily Californian, a student-run newspaper for the city of Berkeley.

“I wore a T-shirt where I replaced the letters ‘Jefferson’ with the letters for ‘Sequoia,’” Talley-Hughes said. “I wore it at every Wednesday assembly to protect my heart and my soul from this abuse, this racism, and also to let the children who had voted to know the truth.”

Aside from renaming the two schools, the resolution also calls for anti-racism training for district teachers and staff and a year-round  “Black Joy Campaign,” described as resources and training for teachers to identify additional measures of racial inequity and collect data in schools, the San Francisco Chronicle reported.

Across the country, movements have pushed to remove statues of slave owners, Confederate members and other figures deemed offensive.

https://www.youtube.com/watch?v=VWFZJIcpwO4 President Donald Trump and Brazilian President Jair Bolsonaro are two of a kind. CNN's Bill Weir reports on how...

Atlanta Mayor Keisha Lance Bottoms, who has been seen as a viable vice president pick for Joe Biden, will likely...