The Air Force sergeant accused of ambushing and killing a California deputy is now also charged in connection with an Oakland drive-by shooting that left a federal officer dead and another injured at their post outside a courthouse last month.

Deputies from the Santa Cruz County Sheriff’s Office arrived at 120 Waldeberg Road in Ben Lomond, Calif., on June 6 while investigating the Oakland attack, which killed Federal Protective Service Officer David Patrick Underwood on May 29, according to the Justice Department (DOJ).

When the three deputies got there, Steven Carrillo, 32, allegedly opened fire – striking two of them, including Sgt. Damon Gutzwiller, who died as a result, the sheriff’s office said. 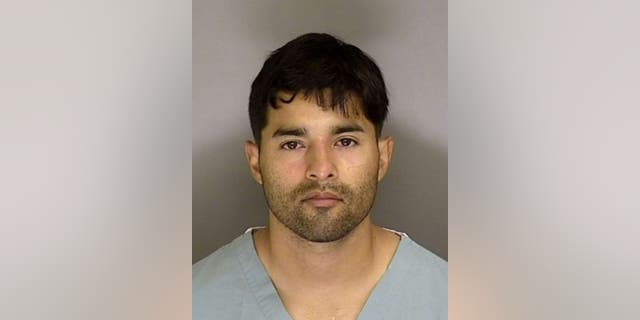 With Carrillo allegedly still armed and firing back at police, California Highway Patrol officers arrived and returned fire, wounding him in the hip, local authorities said. He is accused of carjacking a vehicle and fleeing – but officers captured him anyway.

Police said they took him into custody and found him in possession of the gun linked to both Underwood’s death and the Ben Lomond shootout. He had also allegedly written “boog” and other messages on the hood of the stolen car in his own blood. 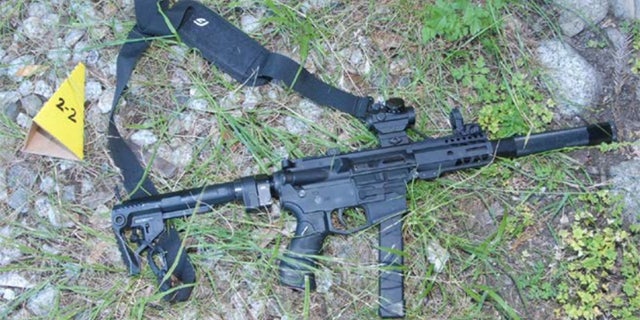 Carrillo was allegedly arrested in possession of the gun – a privately made firearm with no manufacturer’s markings – used in both the Oakland and Ben Lomond shootings. (DOJ)

The gun – a privately made firearm with no manufacturer’s markings – was rigged to fire 9 mm rounds with both the pull and release of its trigger, according to a criminal complaint against Carrillo.

Combined with the complaint against his alleged 30-year-old accomplice, Robert Justus Jr., the DOJ documents outlined how investigatgors linked an active-duty Air Force sergeant to the deadly ambushes. 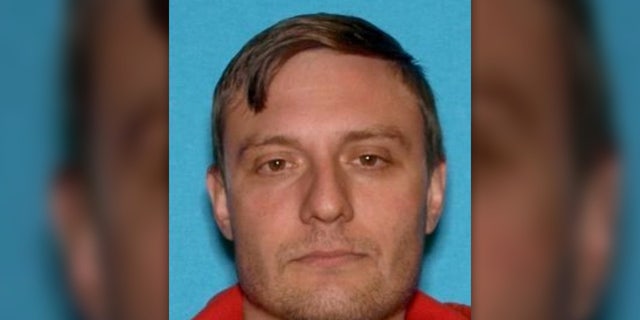 Investigators also said they began surveilling Robert Alvin Justus Jr. after reviewing Carrillo’s phone records – but as they were watching him, he went with his parents to the Federal Building in San Francisco and asked to speak with an FBI agent. (DOJ)

There was a trail of social media posts, an attempt to alter the getaway vehicle’s appearance, and purported ties to extremist ideology.

Investigators said they traced Carrillo’s cellphone pings from Travis Air Force Base in the early evening to I-580 near the Oakland Zoo after the shooting. During a roughly two-hour window around the time of the attack, his phone was either turned off or on airplane mode, investigators said.

During that span, surveillance video recorded outside the Oakland courthouse shows a white van pulled up to a guard post outside — then someone opened the sliding side door and started shooting. According to the complaint, as the van sped away, Justus told the FBI that Carrillo asked “Did you see how they f—— fell?”

About a week later, investigators learned of a white van found abandoned in Ben Lomond. The witness who reported it told them there were firearms, ammunition and bomb-making equipment inside, according to the complaint. The vehicle identification number linked it to M.L. Carrillo of 120 Waldeberg Road, where Steven Carrillo allegedly ambushed the deputies.

Investigators also said they began surveilling Justus after reviewing Carrillo’s phone records – but as they were watching him, he went with his parents to the Federal Building in San Francisco and asked to speak with an FBI agent.

Justus told the FBI that he’d met Carrillo on Facebook and agreed to meet on May 29, when Carrillo gave him a ride to Oakland during protests over the death of George Floyd, who died in police custody on May 25 in Minneapolis.

Justus said Carrillo picked him up in a white van at a San Leandro train station, according to an account of the interview included in the criminal complaint. They removed the license plates, and Carrillo allegedly offered Justus body armor and a firearm, which Justus said he declined. Justus got into the driver’s seat and drove into Oakland, according to authorities. 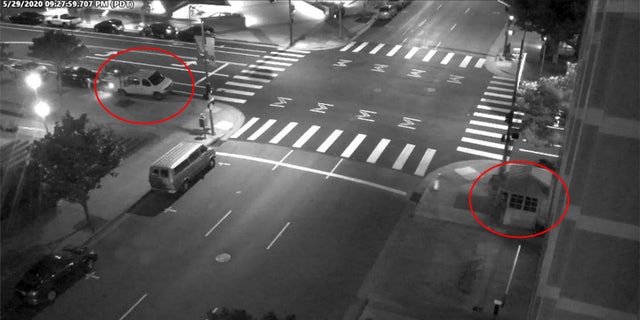 A still image taken from surveillance video outside the Oakland courhouse where David Patrick Underwood was abmushed and killed. The suspects’ vehicle and the guard station have been circled in red. (DOJ)

Although was seen stopping the vehicle, getting out and walking around on foot in downtown Oakland, Justus told the FBI that he did not want to take part in the shooting and that he was trapped in the van with Carrillo, according to the complaint.

The complaint alleges that Justus had plenty of opportunities to abandon or thwart the plan – including just walking away or reporting Carrillo to a nearby law enforcement officer.

By the time Justus came forward to the FBI, on June 11, Sgt. Gutzwiller had been killed in the line of duty and Carrillo was already in custody.

In addition to a slew of state-level charges in connections with the Ben Lomond shooting, Carrillo now faces federal counts of murder and attempted murder. He could face the death penalty if convicted on the most serious charge, according to the DOJ.