Police advocates worry that mounting hostility toward law enforcement could create an uptick in officer suicides, a trend that was already well underway before the death of George Floyd sparked nationwide protests against police.

More than 200 current or former police officers committed suicide last year, according to the nonprofit group Blue H.E.L.P. The first half of 2020 has seen fewer police suicides than the same period in 2019, but mental health experts don’t expect that trend to continue.

“I hope I’m wrong, but I think the number of police suicides will start to creep back up,” Sherri Martin, a former police officer and national director of the Fraternal Order of Police’s National Officer Wellness Committee, told the Washington Times. “Long term, the number of anti-police sentiments could take more of a toll than a singular incident you can compartmentalize.” 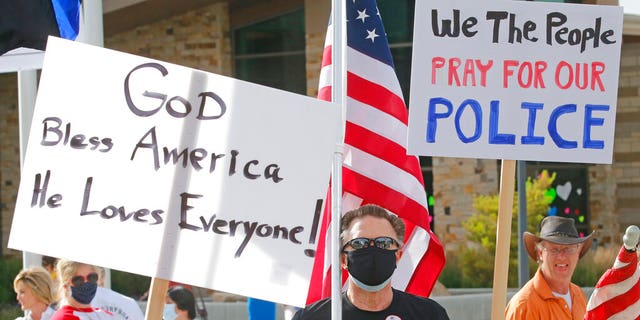 Police departments across the U.S. have come under fire — and, in many cases, been the target of violent acts — after Floyd, a black man, died while in the custody of a white Minneapolis police officer on May 25. The subsequent protests have ignited a debate as to whether Floyd’s death was an exceptional circumstance or part of a wider pattern of police brutality against the black community.

GRAHAM: EVERY BLACK MAN IN AMERICA ‘FEELS THREATENED’ WHEN STOPPED BY COPS

On Tuesday, President Trump signed an executive order that he said would encourage better police practices but stopped short of mentioning racism.

Trump met privately with the families of several black Americans killed in interactions with police before his Rose Garden signing ceremony and said he grieved for the lives lost and families devastated. But then he quickly shifted his tone and devoted most of his public remarks to a need to respect and support “the brave men and women in blue who police our streets and keep us safe.”

He characterized the officers who have used excessive force as a “tiny” number of outliers among “trustworthy” police ranks.