Ask Your Questions About the Pandemic in California

in US News
Image 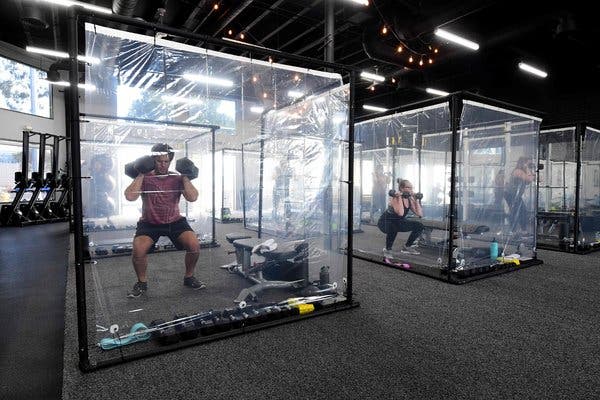 To help us understand the events of the past few months and what the future might look like, we’re reviving our Your Lead series, where we’ll answer your questions about the effects of the pandemic on daily life for millions of Californians.

What do you want to know about how the pandemic is changing life in California?

We want your questions about everything — not just the economy, but also about health care, the environment, dating, traveling, commuting, how our culture is changing and more. We want to look at all the ways we are experiencing life during the pandemic.

Here’s your chance to shape our reporting as we write about life in 2020 and beyond. While we are based in California, we may share some of your questions with our colleagues across the country.

Using this form, tell us what you’re wondering about, what topics you want us to dig into and why you want to know. We’ll answer some of your questions in future newsletters and stories.

We look forward to hearing from you.

Here’s what else we’re following

We often link to sites that limit access for nonsubscribers. We appreciate your reading Times coverage, but we also encourage you to support local news if you can.

Read more about how the utility repeatedly ignored fire risks in favor of profits. [The New York Times]

Here’s what to know about calls to defund the police. [The New York Times]

It’s been a while since we included a remembrance of someone lost in the coronavirus pandemic, but we’re continuing with the series. (If you’d like to share memories of a Californian who has died, please email us at CAtoday@nytimes.com.)

Today’s piece is about Wanda DeSelle and was written by Amy Mostafa:

When talk of retirement came up, Wanda DeSelle, 76, would always laugh it off.

Mrs. DeSelle was the office manager at Dr. Ashraf’s six-person medical practice in Madera, a small city in the Central Valley northwest of Fresno. She worked full time with hardly a day off. Her husband died five years ago and she said she’d be bored at home anyway.

A sign in the reception area read, “Do you want to talk to the boss or the person who really knows something here?” Everyone in the office knew that person was Mrs. DeSelle. “She did everything,” Dr. Ashraf said.

In mid-March, Mrs. DeSelle left work early with a stomachache. Her condition declined rapidly and she went to the hospital, where she tested positive for Covid-19 and was eventually put on a ventilator. She died on April 3.

“Her laugh is the majority of my memories of her,” Brenda Alvarez, a medical assistant who worked with Mrs. DeSelle for two decades, said. “You could just see the sparkle in her eye when she would laugh and you knew that she was just happy.”

California Today goes live at 6:30 a.m. Pacific time weekdays. Tell us what you want to see: CAtoday@nytimes.com. Were you forwarded this email? Sign up for California Today here and read every edition online here.

Jill Cowan grew up in Orange County, went to school at U.C. Berkeley and has reported all over the state, including the Bay Area, Bakersfield and Los Angeles — but she always wants to see more. Follow along here or on Twitter.

California Today is edited by Julie Bloom, who grew up in Los Angeles and graduated from U.C. Berkeley.