WASHINGTON — Charter schools, including some with healthy cash balances and billionaire backers like Michael Bloomberg and Bill Gates, have quietly accepted millions of dollars in emergency coronavirus relief from a fund created to help struggling small businesses stay afloat.

Since their inception, charter schools have straddled the line between public schools and private entities. The coronavirus has forced them to choose.

And dozens of them — potentially more because the Treasury Department has not disclosed a list — have decided for the purpose of coronavirus relief that they are businesses, applying for aid even as they continue to enjoy funding from school budgets, tax-free status and, in some cases, healthy cash balances and the support of billionaire backers.

That has let them tap the Paycheck Protection Program, which Congress intended to keep businesses and nonprofits from shedding jobs and closing their doors. Parents, activists and researchers have identified at least $50 million in forgivable loans flowing to the schools, which, like all schools, are facing steep budget cuts next year as tax revenue, tuition payments and donations dry up.

“To me, either you’re a fish or a fowl — you can’t say you’re a public school one day, but now because it’s advantageous, say you’re a business,” said Carol Burris, the executive director of the Network for Public Education, a group that scrutinizes charter school management, and whose early donors included a teachers’ union.

The group identified at least $48 million in funds from the Paycheck Protection Program going to 27 charter schools across the country by watching virtual school board meetings and poring over meeting minutes and news reports, which were also reviewed by The New York Times.

“They’re saying they want this money to protect their fund balance when you have people in soup lines,” Ms. Burris said.

To charter school critics like Ms. Burris, the bailout underscores the long-held sense that charter schools do not play by the same rules that apply to their conventional public school counterparts.

“Those who are questioning our eligibility for this program are those who question whether we should get money at all,” said Nina Rees, the president and chief executive of the National Alliance for Public Charter Schools.

But privately, the charters have been girding for a public-relations nightmare.

Blake Warner, a board member of Summit Public Schools, a charter chain on the West Coast, said during a virtual board meeting last month that he did not know how taking the Paycheck Protection Program loan would affect the schools’ position in the “charter school versus not-charter school war being waged in California.”

“But I do think that since P.R. is 90 percent of the issue, that is a pretty significant consideration,” he said.

“If there is a risk that we run, it is the cash balances that sit on our balance sheet today, with the benefit of hindsight, somebody coming in and saying, ‘You didn’t need it,’” he said.

According to Santa Clara County School Board documents obtained by The Times, Summit got at least $6.8 million in relief funds.

Charter schools are different. Although they are independently run, they operate as part of local school districts, do not charge tuition and are open to all students, albeit through lotteries. Like traditional public schools, they generally receive per-pupil funding from their districts, and as such, they were eligible to receive a share of billions of dollars in relief that Congress allocated to public education.

But because a vast majority are run by nonprofit companies, they also qualified for the Paycheck Protection Program. 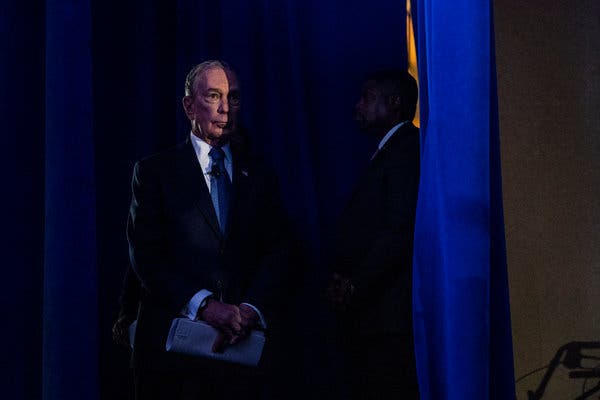 Charter recipients of the forgivable loans include wealthy networks like Summit, whose most recent tax filings show it had assets totaling $43 million and an endowment, and it paid its chief executive nearly $500,000. The charter network receives donations from the philanthropic organizations of Mr. Bloomberg and Bill and Melinda Gates, and the Bezos Family Foundation. And its business-savvy California board of directors includes Meg Whitman, the chief executive of Quibi and former chief executive of eBay.

In many cases, charter school leaders have openly acknowledged that they did not apply for the funds because they were in dire financial straits. The board chairman of one Oakland, Calif., charter school network, Education for Change Public Schools, said its $5 million loan would be a “cheap form of cash-flow financing.”

In North Carolina, the founding board member of one charter school, Pine Springs Preparatory Academy, told Ms. Burris that it was “like a private school for wealthy kids” — it accepted $550,000. In Washington, D.C., several charter schools have refused to say whether they took the loans. One San Diego charter was awarded a $2.25 million loan in May, then laid off a third of its teachers. One of the terms of the program is the loans convert to grants if recipients retain or rehire employees.

Parents and researchers in Oakland have tracked about $19 million awarded to charters in the Oakland Unified School District. A report released Monday by In the Public Interest, a policy and research group that scrutinizes the privatization of public goods, found that 70 percent of the district’s 43 charter schools had accepted the funding. Combined with federal relief funds available to all public schools, the report says, the district’s charter schools would receive at least $23 million in federal funding, which breaks down to an average of nearly $2,000 more per student than traditional schools.

“We have money for small businesses, we have money for schools. And when they’re using both of these sources for the same need, it’s doing a real disservice to the community,” said Clare Crawford, a senior policy adviser at the research group.

The report was done in partnership with a parent group, Parents United for Public Schools, whose members aggressively tracked the Paycheck Protection Program funds. The group’s co-founder, Kim Davis, came across the charter funding by accident while on a charter school meeting held on Zoom, and said she was “stunned.”

“Virtually all schools in Oakland are doing GoFundMe because someone lost their job, and in part, it’s because their business did layoffs and didn’t have P.P.P.,” Ms. Davis said.

The National Alliance for Public Charter Schools lobbied hard to ensure Congress included the schools in the program, in part because charters schools in several states are not guaranteed district-level funding, let alone the $13.5 billion in emergency funds that Congress gave states wide discretion over.

The alliance said a majority of charters are small and serve predominantly low-income children of color. The Paycheck Protection Program funds rent, utilities and staff — major expenses that charters often shoulder themselves, unlike individual traditional public schools. Charter teachers, who are typically not unionized, have been working overtime during the pandemic and are entitled to full compensation.

“For some charter schools, it was a lifeline,” Ms. Rees said.

Francis La Poll, the chairman of the board at Bullis Charter School in Silicon Valley, said that his school took a $2 million loan to help mitigate the impact of an anticipated 8 percent cut in state funding.

The school receives about $5,000 less per student than traditional schools, which its foundation, a separate entity, seeks to make up by asking parents to voluntarily donate $5,000 per year. Mr. La Poll said he turned to the program after the school’s foundation said it had to cancel some upcoming fund-raisers because of the pandemic, and banks were reluctant to lend to the school because it did not have a history of borrowing.

“Charter school teachers are teachers, too,” Mr. La Poll said. “Are they not to be protected? Are they not part of the economy?”

But behind that certainty has been soul-searching. Summit’s chief executive, Diane Tavenner, brushed away several concerns at the May meeting, including “public shaming.” She urged the board to take the funds, saying that “the benefits far outweigh the risks.”

The board ultimately accepted the loan, identified only as more than $2 million because it is subject to audit, at its May 18 meeting. By that time, Ms. Tavenner said the money had come in, and with the recent announcement from Gov. Gavin Newsom of California of 10 percent budget cuts next year, “further bolsters our case, as a nonprofit that’s operating schools, of our economic uncertainty.”

She said the board could respond to critics by asserting that traditional schools have “always had access to resources that we’ve never had, and so this is our version of those resources that will create a bit of a level playing field.”

When board members at Education for Change Public Schools, which runs seven schools in Oakland, debated whether to accept their $5.25 million P.P.P. loan last month, Mike Barr, a board member, warned that the organization could not “double-dip.” It would have to “treat this as a loan” and not cash that could not be used to pay teachers more or plug budget gaps, he said.

That was when the organization’s board chairman, Nick Driver, said the loan could be a “cheap form of cash-flow financing,” because it was low interest, according to a recording of the meeting reviewed by The Times. He also raised an “optics issue,” where “anti-charter folks are making this about charter schools getting money from the federal government when they’re not getting any.”

In an interview, Hae-Sin Thomas, the chief executive of Education for Change, said the loan would be used by the school — where 90 percent of students come from low-income families — to support students whose families have been hit hardest by the virus.

The network is facing a $4 million cut in state funding, and the staff members who are at risk of being laid off are the ones “doing the hard work of managing the 5-year-old temper tantrums, the 8-year-old who is having a hard day and storms out of class,” Ms. Thomas said.

“Every dollar that I can legally get to ensure stability for my community, I would be hard-pressed not to take,” she said. “It’s going to be a rough fall.”

The board of The Learning Community, a public charter school in Rhode Island, “struggled mightily” with its decision to turn down a $1.3 million loan, said Sarah Friedman, the school’s co-director.

The school faces “tremendous needs,” she said, with 84 percent of its students qualifying for subsidized meals and 100 percent coming from the communities hit hardest by Covid-19.

“While we are technically a nonprofit, our primary identity, mission and value is as a public school,” Ms. Friedman said. “We believe that we need to stand with all public schools in demanding the financial support, during and after this crisis, to meet the staffing and facilities needs to give all of the state’s children the safe and high-quality education they deserve.”