Portland demonstrators use rope from flag to lock cops in precinct 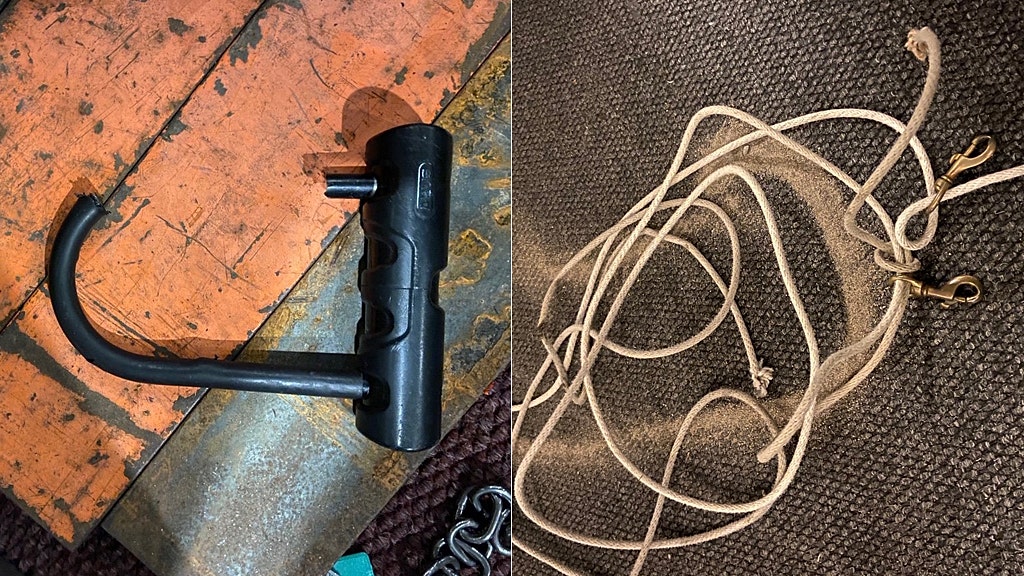 Protesters in Portland, Ore. early Wednesday locked police inside their own precinct, prompting a plea on Twitter to let them out.

A small group of demonstrators dressed in black removed a flag from outside the doors to the Portland Police Bureau’s Central Precinct shortly after 11 p.m. They used the flag cord to keep a roll-up door from opening, effectively locking people inside.

“Some individuals are tampering with the entry and exit doors. This is a fire safety hazard causing a serious safety concern for those in the Justice Center. Remove the items now!,” said the early-morning tweet from the Portland Police’s official Twitter account.

Demonstrators apparently took it a step further when they also locked the precinct’s main doors from the outside with a U-lock and lit the flag on fire.

“The front door to Central Precinct was locked from the outside with the u-lock,” another tweet read. “It had to be cut off from the outside so those inside could leave. The rope was taken by protesters from the flagpole and tied to the roll-up doors on the Southeast corner of the building.”

Less than an hour later, the police tweeted again, “Locking the Justice Center from the outside presented serious life safety concerns for the adults in custody and employees inside the building. The demonstrators have moved away from the building and doors are re-opened.”

The burning flag injured one person, according to the police, though the person’s name was not revealed.

The biggest safety issue of the night took place a little after 1 a.m. when a driver identified as Anthony Eaglehorse-Lassandro hit several demonstrators, the Oregonian reported. He was eventually arrested on suspicion of hit and run, reckless driving and possession of a controlled substance.

Protesters in Portland have marched every day for the past three weeks following the death of George Floyd, a black man in Minneapolis who died after a white police officer knelt on his neck for several minutes.

Over the weeked, two Portland-based journalists were also injured while covering the protests against police brutality.

Oregonian reporter Beth Nakamura said the police hit her with a baton on Friday. A day later, Portland Tribune reporter Zane Sparling said he was pushed into a wall by a police officer and hit by a crowd control munition, Oregon Public Broadcasting reported. Both reporters said they identified themselves as members of the press to police. Nakamura and Sparling claim the police officers responded using profanity and told them their press credentials did not matter.

The incidents against the Portland reporters are the first publicly questioned by the mayor since the uprising over systemic racism and police brutality following Floyd’s death.

“Journalists need to be able to cover the protests safely,” Portland Mayor Ted Wheeler said. “I know (the Portland Police Bureau) works hard to protect the rights of our press, but there are alarming incidents that need to be addressed.”