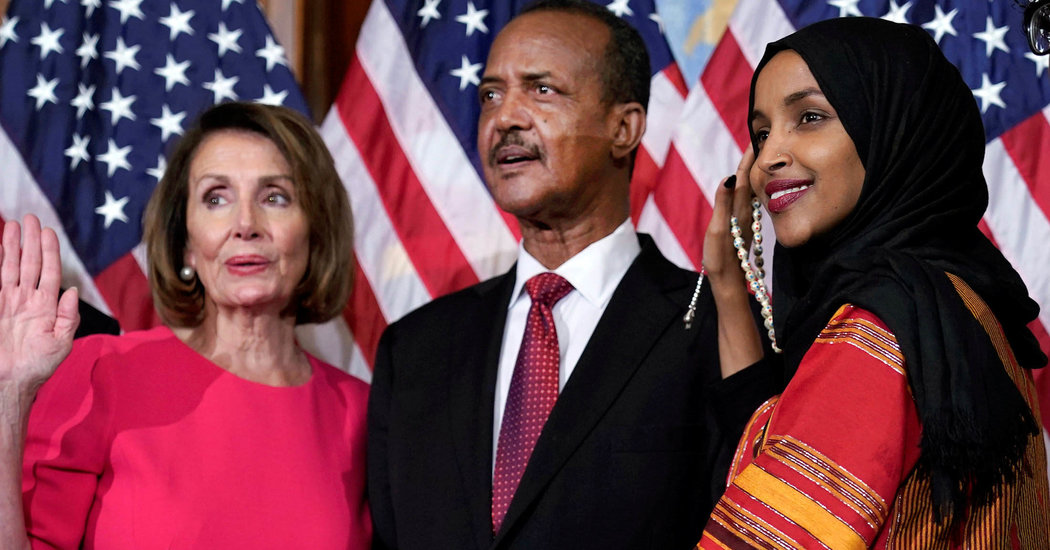 Representative Ilhan Omar, a Democratic congresswoman from Minnesota, said late Monday that her father had died from complications of Covid-19.

“It is with tremendous sadness and pain to say goodbye to my father, Nur Omar Mohamed,” she said on Twitter. “No words can describe what he meant to me and all who knew and loved him.”

She included a translated Arabic phrase from the Quran: “Surely we belong to God and to him shall we return.”

Her father, who was 67, died in Minneapolis, her office said. She attributed his death to “complications from Covid-19,” according to an emailed statement.

Ms. Omar’s mother died when she was 2, and when she was 8, her extended family fled Somalia’s civil war, and spent four years in a refugee camp in Kenya. In 1995, they sought asylum in the United States, settling first in Arlington, Va., and later in Minneapolis, which has a large Somali population.

Her father, who was a teacher in Somalia, picked up work driving taxis and later got a job at the post office. Ms. Omar became a citizen in 2000, when she was 17.

Ms. Omar, one of the first two Muslim women elected to Congress in 2018, has spoken of how her father’s words of advice helped her navigate life. When she was bullied at school, he “sat me down, and he said, ‘Listen, these people who are doing all of these things to you, they’re not doing something to you because they dislike you,’” she said in an interview the year she was elected.

“They are doing something to you because they feel threatened in some way by your existence,” she said.

Other members of Congress have announced that they or members of their family tested positive for the virus. On Monday, Representative Tom Rice, Republican of South Carolina, said in a statement that he, his wife and one of his sons were recovering from Covid-19.

At least six other members of Congress have tested positive for the disease, and 40 have quarantined themselves at some point during the coronavirus pandemic. In March, Senator Rand Paul, the Kentucky Republican, became the first senator to test positive for the novel coronavirus.