Iran remains hell-bent on developing the deadliest weapons on the planet, according to a damning German intelligence service report released Monday.

“They aim to complete existing arsenals, perfect the range, applicability and effectiveness of their weapons and develop new weapon systems,” the report said. “They try to obtain the necessary products and relevant know-how, among other things, through illegal procurement efforts in Germany.”

“The term ‘proliferation,’” the report continued, “refers to the further spread of atomic, biological, and chemical weapons of mass destruction –­ or the products and know-how required to manufacture them –­ and corresponding delivery systems.”

North Korea and Pakistan currently have nuclear arsenals. Tehran, in a 2015 deal with world powers, promised to curb its nuclear program in exchange for economic sanctions relief. 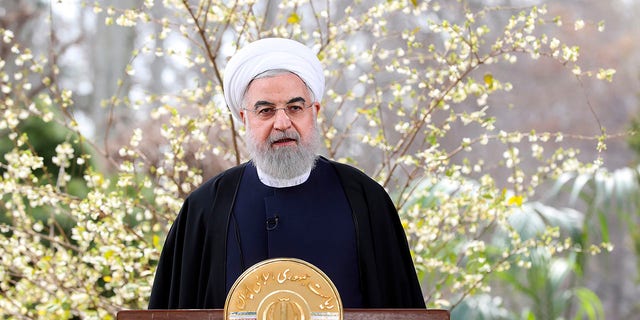 President Hassan Rouhani announced at the end of 2019 that his country “would no longer implement some agreements,” the German intelligence officials wrote. The report documented the mullah regime’s illicit activities during the year 2019.

The intelligence report covers security and terrorism threats to the heavily industrialized southern German state of Baden-Württemberg — a target-rich region for Iran’s network due to its numerous advanced engineering and high-tech firms.

Without revealing the names of the companies, the report cited specific data about illicit attempts to obtain weapons of mass destruction technology.

“Procurement attempts relevant to proliferation were also observed in 2019, which also affected companies in Baden-Württemberg. Since then, it has become even more difficult for affected companies to assess whether the business is still lawful or whether it is already violating sanctions regulations,” it said.

WHO ARE THE AMERICANS BEING HELD AS ‘POLITICAL PRISONERS’ ABROAD?

The report advised companies to “obtain precise information about the current [legal] situation before making a scheduled delivery to Iran.”

The intelligence agency of Baden-Württemberg noted its “aim is to prevent risk states from building and developing weapons of mass destruction and the corresponding delivery systems.”

In 2018, the United States withdrew from the 2015 Iran atomic deal, formally known as the Joint Comprehensive Plan of Action (JCPOA), because the Trump administration said the agreement did not prevent the Islamic Republic from developing nuclear weapons. German intelligence documenting Iran’s subsequent illegal conduct adds force to the U.S. call to renegotiate an improved accord. 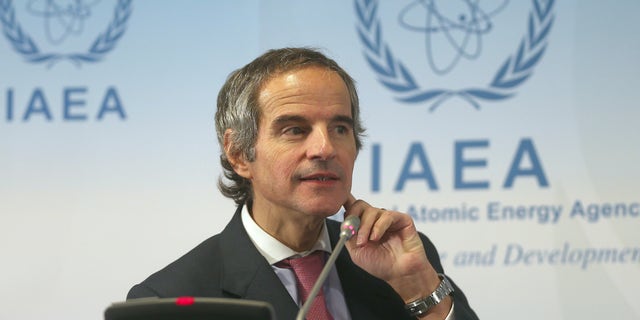 Director General of International Atomic Energy Agency, IAEA, Rafael Mariano Grossi from Argentina addresses the media during a news conference after a meeting of the IAEA board of governors at the International Center in Vienna, Austria, Monday, March 9, 2020. (AP Photo/Ronald Zak)

Rafael Grossi, the director general of the International Atomic Energy Agency (IAEA), again urged Iran’s rulers on Monday to allow its inspectors access to sites where the country is believed to have used or deposited undeclared nuclear material.

“[Iran] has not engaged in substantive discussions to clarify our questions related to possible undeclared nuclear material and nuclear-related activities,” Grossi told journalists in Vienna. “We need this cooperation.”

The German intelligence document, citing Iran’s strategy to circumvent export restrictions and embargoes, said the Islamic Republic “can procure goods in Germany and Europe with the help of specially established front companies, and in particular bring dual-use goods to the risk countries. Typical bypass countries include the United Arab Emirates, Turkey, and China.”

Dual-use goods can be used for both military and civilian purposes.

The intelligence officials warned of Iranian infiltration of colleges and research centers where proliferation know-how can be secured and learned.

Espionage is believed to be widely practiced by Iranian agents in Germany. The Islamic Republic of Iran “carried out spying activities” against its former citizens living in Germany who oppose the Tehran regime, the intelligence agency wrote.

The U.S. government under both the Obama and Trump administrations has designated Iran’s regime the worst state-sponsor of terrorism.

The pro-Syrian regime news outlet Al-Masdar News (AMN) reported last week that the commander in chief of Iran’s Islamic Revolutionary Guard Corps (IRGC), Maj.-Gen. Hossein Salami, urged the removal of “the cancerous gland [Israel] from the region.” Salami has repeatedly called for the destruction of Israel.