A local politician in Germany died after he was struck by lightning Saturday while taking a bathroom break as a severe storm slammed the region.

The incident happened around 9:20 p.m. at a garden party in the village of Höhnstedt, about 120 miles southwest of Berlin.

“To our knowledge, this has been the worst incident of the storm so far,” police spokesman Ralf Karlstedt told local newspaper Mitteldeutsche Zeitung.

LIGHTNING STRIKE KILLS 9 COWS IN IRELAND, ANIMALS DISCOVERED IN FIELD WITH ‘LEGS IN THE AIR’

The politician, identified by local news outlets as 44-year-old Nico K., belonged to the Christian Democratic Union of Germany party.

He was a member of the local council and wanted to move into the district council, according to Bild. 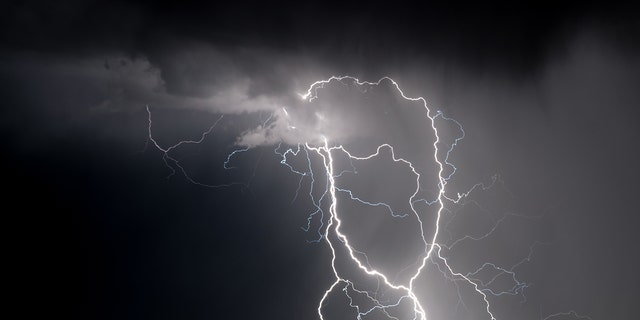 A 44-year-old Germany politician was killed in a lightning strike over the weekend. (iStock)

The 44-year-old was at the party when he took a bathroom break under the pylons of a high-voltage line. According to Mitteldeutsche Zeitung, that’s when he was struck by lightning.

Onlookers tried to revive him, but the 44-year-old died before first responders arrived at the scene. No other injuries were reported in the lightning strike.

LIGHTNING SAFETY: WHAT YOU NEED TO KNOW

Bild reported that the pylon carrying the high-voltage lien was made from wood and not easily distinguishable from trees, especially at night when the incident took place. 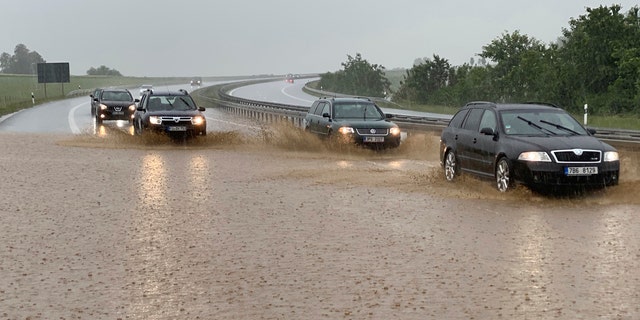 Cars drive in heavy rain on the partially flooded Autobahn in Wieselrieth, Germany, June 14. Heavy storms over the weekend caused numerous floods in the district of Neustadt an der Waldnaab. (Bernd Maerz/dpa via AP)

Violent storms were reported across eastern Germany on Saturday, where about 350,000 lightning strikes were detected.

Many places reported record rainfall, and lightning was blamed for sparking at least one fire, according to MDR Sachsen-Anhalt.

Lightning typically strikes tall objects such as trees and skyscrapers because their tops are closer to the base of the storm cloud, according to the National Severe Storms Laboratory.

“However, this does not always mean tall objects will be struck. It all depends on where the charges accumulate,” according to the agency. “Lightning can strike the ground in an open field even if the tree line is close by.”

Lightning, known as a “bolt from the blue,” also can strike from as far away as 25 miles from a thunderstorm cloud, even when there appear to be clear skies, according to the NSSL.

“They can be especially dangerous because they appear to come from clear blue sky,” the agency states.

Across the US, street artists have been inspired by the death of George Floyd earlier this year. Tributes have appeared...

They used to be a fairly common sight on the Kenya-Somalia border, but in recent years the number of hirola,...