Hungary Moves to End Rule by Decree, but Orban’s Powers May Stay

BUDAPEST — Long before Prime Minister Viktor Orban of Hungary was granted the power to rule by decree to combat the outbreak of the coronavirus, his control over the ruling party and the state itself was pretty much complete.

The news media is largely under the party’s control, the upper echelons of the courts are filled with friendly judges and Orban loyalists control vast swaths of the economy.

So when Mr. Orban’s government said it would end the extraordinary legal order by June 20, after Parliament had voted on Tuesday to invite the government to do so, critics condemned the move as a political sleight of hand. They say the legislation will cement into everyday use the sweeping powers claimed by Mr. Orban to fight the virus, noting that the rule of law in Hungary had already been so weakened that only the pretense of democracy was left.

An analysis by Karoly Eotvos Institute, a democracy watchdog in Budapest, concluded that the legislation approved on Tuesday had no intention of restoring Hungary’s pre-coronavirus legal order, “but rather creates a legal basis for the use of newer extraordinary and unlimited government powers.”

Zoltan Fleck, a director at the institute and a professor at ELTE Faculty of Law in Budapest, said that Mr. Orban’s government had operated outside legal boundaries for many years and now only maintained the veneer of democracy.

The use of emergency situations to justify a consolidation of power, he said, has rendered obscure the powers of the legislative and judicial branches.

“There is no place to step back to from here. They have worked very successfully to make permanent the essence of such emergency situations,” Mr. Fleck said. 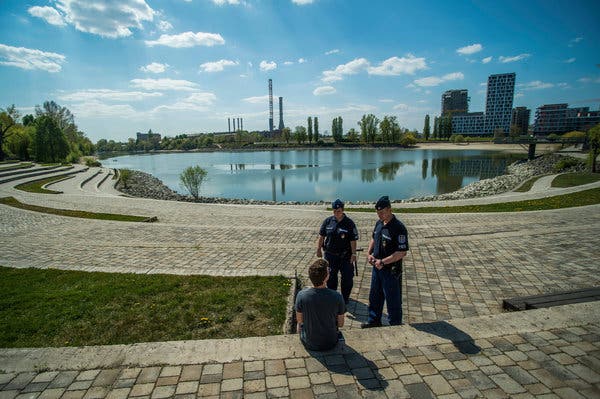 In March, as Europe struggled to respond to the coronavirus outbreak, Mr. Orban’s government was at first hesitant to undertake sweeping public health measures. It was a watershed moment for the Hungarian prime minister, the second-longest serving leader in the European Union, after Chancellor Angela Merkel of Germany. Then, quite suddenly, he went all in, seeking and obtaining sweeping powers to take action against the illness.

But considering Mr. Orban’s past record, many saw the move with deep skepticism, interpreting his citing of the coronavirus as an excuse to tighten his control. Since returning to power in 2010, Mr. Orban has worked with brute force to fundamentally overhaul the hardware and software of Hungarian society. His goal, he said in 2014, has been to construct an “illiberal” state.

Hungary is the first and only European Union country to be ranked as “partly free” by Freedom House, an American democracy watchdog, and the country ranks among the most corrupt European countries according to an index by Transparency International, an independent advocacy group based in Germany.

So when Mr. Orban was granted authority to rule by decree, the news was met with groans of concern both at home and abroad, not least in Brussels and in Washington.

Under the emergency measures, municipalities have been stripped of valuable tax receipts; some critics of the government have been detained and then released for Facebook posts critical of the government, while others have been issued large fines for protesting; parliamentary parties have seen their state subsidies cut in half; the military has been dispatched to shore up businesses deemed to be of strategic importance; and rights advocates say that data privacy safeguards have been breached.

A protest after Mr. Orban delivered his annual State of the Nation address in Budapest last year.Credit…Bernadett Szabo/Reuters

Allies of the prime minister dismissed the criticism as “fake news” fabricated by a cadre of leftist liberals with ties to the billionaire philanthropist George Soros. But Mr. Orban fought uncharacteristically hard in March in the parliamentary debate about the extended powers to impress upon his party, Fidesz, that such authority was needed.

“I need 133 brave people, the 133 bravest in the country. And that is you here on the government’s side,” the prime minister told lawmakers in March. “And I ask that you not be shaken, do not retreat, do not succumb to uncertainty.”

As well as an opportunity to make a power grab, the coronavirus was a threat to Mr. Orban. He can exert such influence over Hungary largely because Fidesz controls two-thirds of Parliament. But that supermajority would be under threat if a couple of Fidesz lawmakers were to succumb to the virus or otherwise lose their positions. (Two party representatives recently had their immunity lifted because they were caught up in corruption scandals.)

The supermajority, first secured in 2010, allowed Mr. Orban and Fidesz to rewrite the Constitution and change voting rules to favor the party. Fidesz maintained its supermajority in two subsequent elections — despite receiving less than 50 percent of the popular vote — making the Hungarian prime minister arguably the most powerful head of government in the European Union.

“At the beginning of the pandemic, no one knew where this was headed. No one knew whether the two-thirds would last,” said Andras Kadar, a lawyer and co-chairman of the Hungarian Helsinki Committee, a rights group based in Budapest.

So far, the coronavirus has infected about 4,000 people in Hungary, with at least 563 deaths. Cases are falling. In comparison with some of the worst-affected countries, the numbers are modest. Whatever else Mr. Orban may have had in mind, the outbreak does seem to be under control.

A Covid-19 ward at the St. Janos Hospital in Budapest in May. Hungary’s number of coronavirus cases is modest compared with some of the world’s worst-affected countries.Credit…Zoltan Balogh/EPA, via Shutterstock

In a statement to The New York Times, the government’s communications office said the lifting of the state of emergency showed the leadership’s good faith. “The authors and disseminators of fake news, the Hungarian opposition, international media outlets and liberal political actors should apologize to the Hungarian government,” the statement read.

But while many of Mr. Orban’s decrees did address the coronavirus crisis, legal scholars contend that the government could have executed many of those policies under existing emergency legislation.

Other moves had nothing to do with the illness. During the coronavirus crisis, Parliament has taken the opportunity to restrict the rights of transgender people and to classify contracts related to a multibillion-euro development project with China.

“This law is a political declaration, not a legal act,” said Miklos Ligeti, legal director for Transparency International Hungary, likening the process to a “peacock dance.”

“The government can end this on its own; it does not require any parliamentary invitation to do so,” Mr. Ligeti said, referring to the state of emergency. “This is a facade to make it appear more democratic or participatory.”

Image copyright Getty Images Amazon has told its employees to remove the video-sharing app TikTok from any mobile device that...