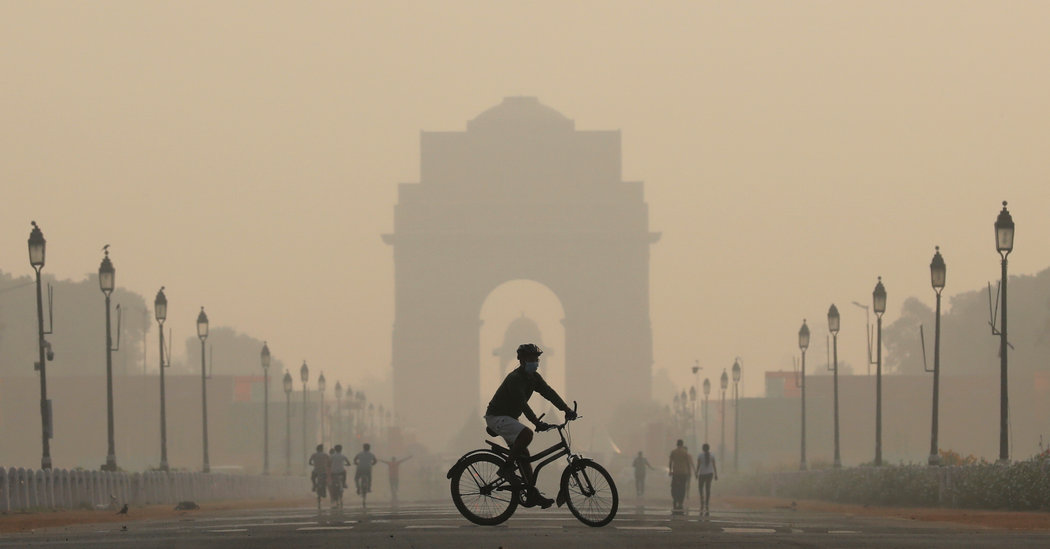 The coronavirus lockdown has fed a common desire in some very different countries: the need for cleaner air and support for tougher government rules to get rid of pollution, according to an opinion poll made public on Wednesday.

A survey of people in five countries — Britain, Bulgaria, India, Nigeria, and Poland — found significant support for stricter air quality regulations and enforcement of existing rules. The survey was carried out amid the pandemic, between May 22 and June 2, by the online polling service, YouGov, on behalf of an advocacy group called the Clean Air Fund.

About 90 percent of those surveyed in India and Nigeria said they want improved air quality. Large majorities — more than 80 percent in both countries, where the working poor tend to walk and use bicycles — said they supported repurposing roads for pedestrians and bicyclists. In every country, large majorities of people surveyed said they wanted “improved” public transport. That figure ranged from 70 percent among Britons to 93 percent among Nigerians.

The findings come amid an extraordinary global shock. Lockdowns offered a temporary reprieve from toxic air in some of the world’s most polluted cities, though in countries that began to open up first, like China, pollution has crept back up, along with greenhouse gas emissions that cause global warming. The largest drivers of air pollution are gas and diesel-burning cars and trucks, coal-fired power plants and other industries that burn fossil fuels.

The big question is whether there will be enough political momentum in these countries, all of which are democracies, to compel lawmakers to enact air pollution legislation. In India, for instance, aging coal-burning power plants have repeatedly missed deadlines to clean up.

The poll found mixed sentiments regarding punitive measures. On whether there should be more clean-air zones where the drivers of the most polluting vehicles pay a congestion tax, Bulgarians, Indians and Nigerians were overwhelmingly supportive, while people surveyed in Britain and Poland were somewhat less supportive. Cities in Britain, notably London, have been among the most ambitious in enacting congestion taxes on polluting vehicles in city centers.

On a question about whether drivers should be charged a levy based on how far they drive, only a fourth of Britons and a third of Poles were in support, while nearly 60 percent were in favor in India.

A separate survey asked residents of several European cities about their transportation wish list. More than 60 percent of people surveyed said they supported setting aside more road space for bus lanes as well as bike lanes. But only one in five respondents said they planned to ride bikes after the lockdown lifts. That survey was also conducted by YouGov and supported by an advocacy group called Transport and Environment.

2 die at resort in Spain after British tourist falls from hotel balcony, lands on man

Two men have died in Spain after a British tourist fell from a balcony at a hotel and landed on...