The wife of Ukrainian President Volodymyr Zelenskiy has been hospitalized with double pneumonia after contracting the new coronavirus, joining the ranks of several first ladies around the world who got infected with COVID-19 earlier this year.

Zelenskiy’s office said in a statement Tuesday that Olena Zelenska’s condition was stable and the president himself and the couple’s children tested negative for the virus on Monday.

Zelenska, 42, said she tested positive for the virus on Friday. In an Instagram post that day, she said she “felt good,” was receiving outpatient treatment and isolated herself from her family “in order not to put them in danger.”

Zelenskiy, also 42, has limited his contacts to a “very small circle” of people and started conducting meetings and talks via teleconference, but continued going to the office, as some of his duties can’t be fulfilled remotely, the president’s spokeswoman Yuliia Mendel told the Ukrainska Pravda news outlet.

Zelenska is one of a few first ladies who have contracted the virus. In mid-March, the wife of Canadian Prime Minister Justin Trudeau tested positive for the virus. Trudeau and the couple’s children didn’t experience any symptoms of the disease and the prime minister isolated himself for two weeks. Sophie Grégoire Trudeau recovered from the disease in about two weeks.

Around the same time, Spain’s authorities announced that the wife of Prime Minister Pedro Sánchez got infected with the virus as well. According to a statement, Begoña Gómez and the prime minister were in good health and remained at their residence in Madrid.

BORIS JOHNSON OPENS UP ABOUT CORONAVIRUS FIGHT, SAYS IT WAS ’50-50’ ON WHETHER VENTILATOR WOULD BE USED

Several world leaders and top government officials have contracted the virus too. In early April, British Prime Minister Boris Johnson was hospitalized after getting infected. His fiance Carrie Symonds said that she spent a week in bed with coronavirus symptoms as well, but she wasn’t tested. Both have since recovered. 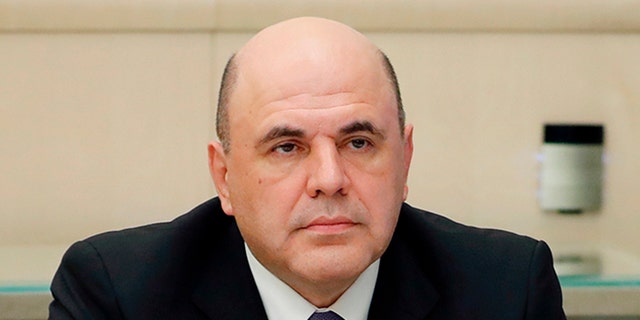 On April 30, Russian Prime Minister Mikhail Mishustin said he tested positive for the virus. According to media reports, he was hospitalized with high fever and cough. Mishustin recovered and returned to his duties almost three weeks later.

Two weeks ago, Armenian Prime Minister Nikol Pashinian said that he and his entire family got infected with the coronavirus. In a Facebook statement on Monday, Pashinian said he didn’t have any symptoms, and reported recovering a week later.

Image copyright Getty Images Image caption Fox said Tucker Carlson would address the topic in his show on Monday A...