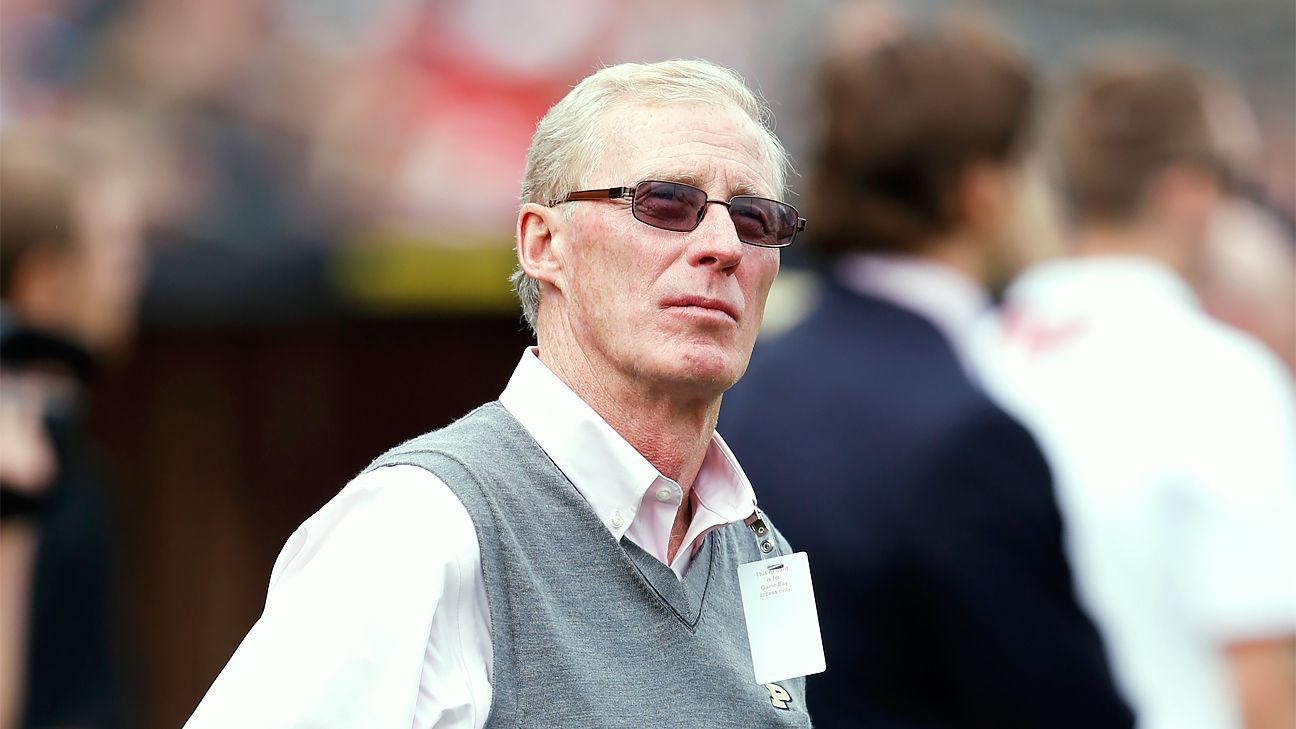 WEST LAFAYETTE, Ind. — Morgan Burke, the longest serving athletic director in Purdue history, died at his home Monday after battling a rare disease for the past year. He was 68.

University officials said in a statement Burke had been diagnosed with amyloidosis, an ailment caused by the build up of an abnormal protein that prevents the body’s organs from functioning properly.

Burke took over as athletic director in 1993 and held the title until he was named the university’s vice president for special projects in 2016.

“Morgan left an indelible mark on Purdue athletics, and thousands of student-athletes benefited from his faithful leadership,” university president Mitch Daniels said. “He was the ultimate competitor, and his passion for the Boilermakers was second to none. He continued to serve the university the last four years, doing everything he could to strengthen our mission.”

Burke’s tenure was characterized by his contention that he cared as much about winning in the classroom as he wanted to win on the athletic fields.

“Not many people loved Purdue more than Morgan Burke,” said men’s basketball coach Matt Painter, who Burke hired to replace the retiring Gene Keady. “He built a foundation for the modern program and impacted countless coaches, staff and student-athletes. Personally, I owe him a huge debt of gratitude for having the faith and confidence in me to lead our basketball program. To say I’m forever grateful to him for that would be an understatement.”

Keady finished his career at Purdue with the most wins in school history and Burke hired the late Joe Tiller, who wound up leading the Boilermakers to 10 bowl appearances from 1997-2008.

Burke also oversaw an array of major facility projects including renovations to Ross-Ade Stadium and Mackey Arena and the Birck Boilermaker Golf Complex as well as building new baseball and softball fields and Boilermaker Aquatic Center that was named for the former swim team captain. He even helped Daniels develop and launch Purdue University Global.

And yet, the cumulative student-athlete GPA topped 3.0 for the final 15 semesters of Burke’s tenure.

After college, he worked in the steel industry. But when the Boilermakers needed a new athletic director, Burke left his position as vice president of Inland Steel and continued to work in leadership as president of the Division IA Athletic Directors Association and the NCAA Leadership Council.

“Morgan was a great friend and colleague to many of us and left an incredible legacy of tireless and selfless devotion to all things Purdue, but most of all our student-athletes, past and present, said Mike Bobinski, Burke’s successor. “He cared deeply about them and their success, and he proudly stood for all the right things in the world of intercollegiate athletics.”

5:00 PM ET Texas reliever Kamron Fields announced he will be transferring to Texas Southern in Houston, saying he is...

4:48 PM ET Maryland has suspended voluntary workouts for its football program after nine individuals -- not necessarily all football...