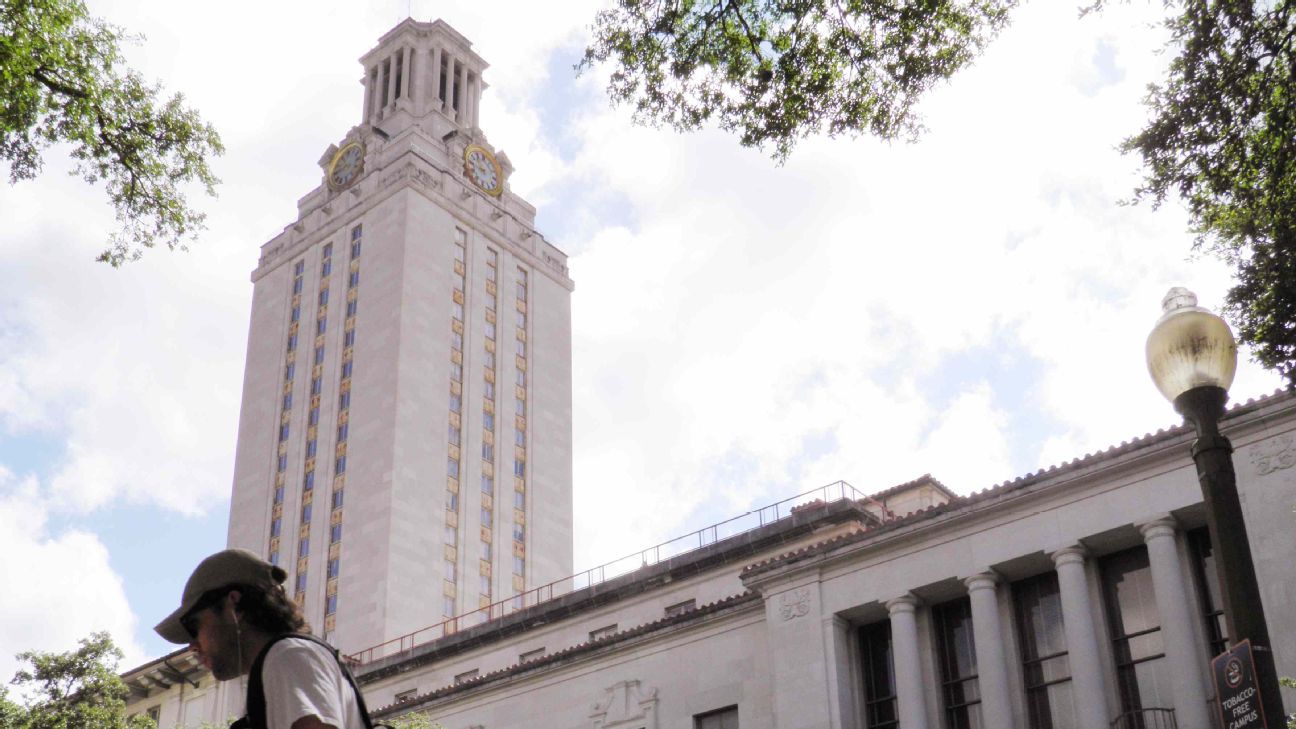 AUSTIN, Texas — The interim president of the University of Texas said Monday he is scheduling meetings with student groups after dozens of Longhorns athletes said they wanted the school to ditch “The Eyes of Texas” song and rename several campus buildings.

The athletes said last week they won’t help the school recruit future athletes and won’t participate in alumni events as they typically do. They said they will continue with team activities leading up to the fall semester, but didn’t say what they will do once school starts.

“I have heard from many students, alumni, faculty and staff asking for meaningful changes to promote diversity and equity and ensure that black students at UT are fully supported. It is important, first, for me to listen closely — and then to work with the entire community to develop a plan to move the university forward,” interim president Jay Hartzell said in a statement.

The statement did not address any of the specific issues raised by the students, who issued their demands after the death of George Floyd in Minneapolis led to massive protests against racial injustice and police brutality.

Some other campuses have moved since Floyd’s death to strip the names of historical figures associated with slavery and racism, including Clemson University, which took the name of former vice president and slavery proponent John C. Calhoun off its honors college. The move was supported by alumni and NFL players DeAndre Hopkins and Deshaun Watson.

Hartzell said he’ll meet this summer with leaders of black student organizations, student-athletes and other students and community members.

“Working together, we will create a plan this summer to address these issues, do better for our students and help overcome racism,” Hartzell said.

The athletes issued an unsigned, two-page statement last week requesting the school rename several campus buildings named after school officials with ties to its segregationist past. They also said the school should stop using “The Eyes of Texas,” which has long been criticized for its connection to minstrel shows with characters in blackface in the early 1900s. It is regularly sung at nearly every organized campus event and players in all sports gather as a team to sing it after every game.

Other demands include naming part of the football stadium after Julius Whittier, Texas’ first black varsity football player, and donating some of the athletic department’s annual revenue to Black Lives Matter and other organizations that fight racial injustice.

1:11 PM ET Less than a week after pausing voluntary workouts because of an undisclosed number of positive coronavirus tests,...