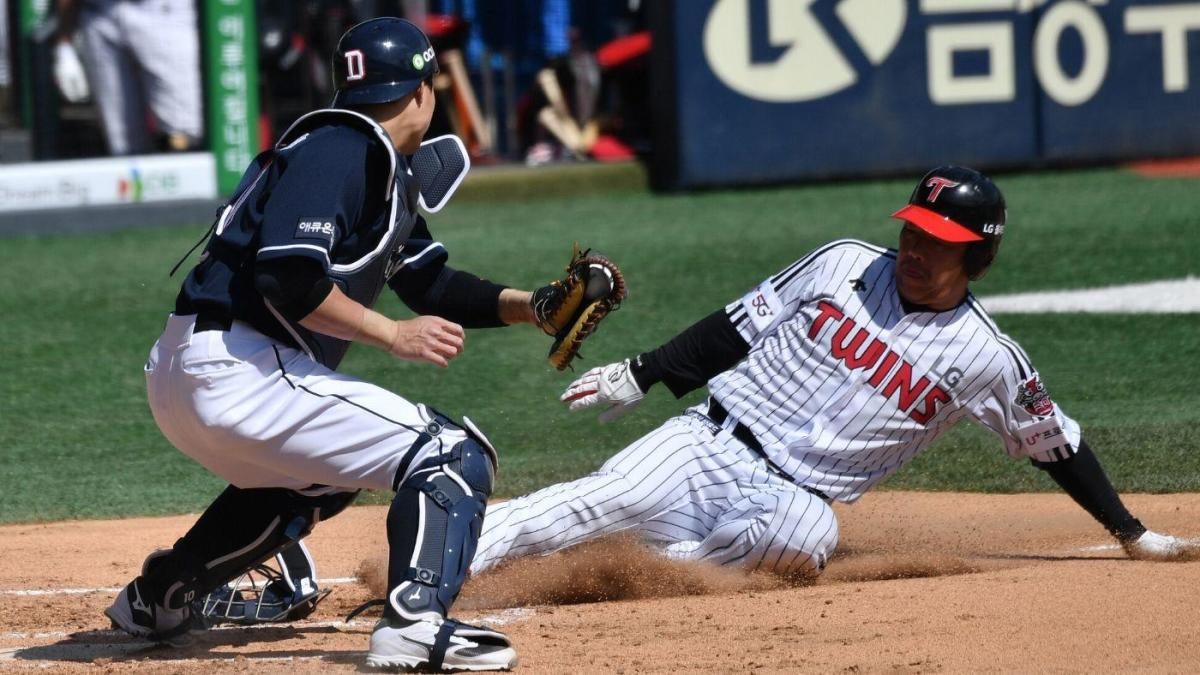 Watch Now: Eight Owners Reportedly May Not Want To Play (1:30)

In KBO DFS tournaments, cash games and 50-50s on FanDuel and DraftKings, finding value in the KBO DFS player pool can be a serious challenge because of a general lack of familiarity with the league’s players. NC Dinos left fielder Myung-gi Lee isn’t a household name stateside and his numbers don’t jump off the page because he doesn’t hit for much power. However, he’s got impressive bat-to-ball skills and some plate discipline that could be useful in your KBO DFS lineups.

Lee has recorded at least two hits in seven of his last eight games and he’s become an intriguing value play in KBO DFS lineups. But where else should you be looking to find value to afford some of the league’s big stars like Jin Sung Kang, Jose Miguel Fernandez and Roberto Ramos? Before locking in your KBO DFS picks for Thursday, be sure to check out the optimal KBO DFS strategy and advice from DFS millionaire Mike McClure.

McClure has won nearly $2 million on DFS and when it comes to daily Fantasy baseball, he is at his best. Recognized in the book “Fantasy Football (and Baseball) for Smart People: How to Turn Your Hobby into a Fortune” as a top MLB DFS player, McClure’s proprietary projection model simulates each game 10,000 times, taking factors such as matchups and recent results into account. This allows him to find the best values on every site.

Now, with the MLB season on hold due to the coronavirus pandemic, McClure has turned his attention to the KBO. Head to SportsLine now to see his top daily Fantasy baseball picks for June 18.

One of McClure’s top KBO DFS picks for Thursday morning is Doosan Bears first baseman Jose Miguel Fernandez. The 32-year-old is second in the KBO in batting average (.393) in his second season with Doosan and his 32 RBI are tied for fourth in the league. Fernandez is currently on a seven-game hitting streak entering Thursday and he’s hit a staggering .476 against Samsung so far this season.

McClure’s KBO DFS strategy also includes rostering Doosan Bears right fielder Kun Woo Park. The 29-year-old has hit at least .319 in each of his last five seasons in the KBO. Park started the 2020 season slowly, but he’s caught fire of late. Park is riding a streak of four consecutive multi-hit games with a pair of home runs and a pair of doubles during that span.

He’s had eight multi-hit games now dating back to May 31 and he’s reached base safely in all 13 games since that date. Park, Fernandez and the rest of the Doosan lineup will look to jump on Samsung Lions starter Yoon Dong Heo on Thursday. Heo got roughed up for eight hits and three earned runs over five innings in his last start against the LG Twins on June 3.

How to set your KBO DFS lineups for June 18

McClure is also targeting an undervalued player who is set to explode for huge numbers on Thursday. The stars are aligning for him to return tournament-winning value and he comes at a price that won’t break the bank. This pick could be the difference between cashing in big or going home with nothing.

So what are the top KBO DFS picks for Thursday? Visit SportsLine now to see DFS millionaire Mike McClure’s complete player pools and picks for FanDuel and DraftKings, and cash in big on KBO DFS.

Watch Now: Buster Posey Opts Out Of 2020 MLB Season (3:04) Nobody said that remaining in a quarantine during a...

Watch Now: How The Reality Of A Short Summer Camp Impacts Teams (1:52) Professional baseball rolls on in South Korea...