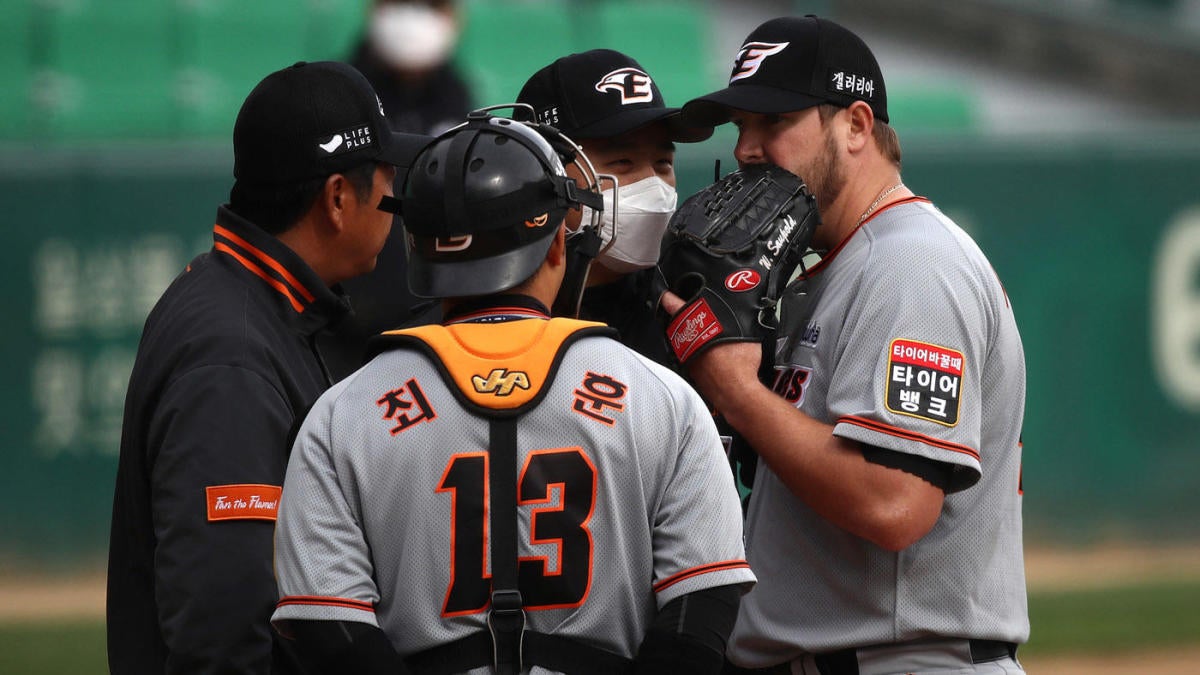 Watch Now: Situation Where Some Players May Refuse To Play (1:45)

The LG Twins are taking advantage of a swoon by the NC Dinos and making a charge for first place in the Korea Baseball Organization (KBO) standings. While NC has lost four of its last six contests, LG has won five of six to climb within three games of the top spot. The Twins attempt to further close the gap when they visit the Hanwha Eagles in one of five KBO contests that begin at 5:30 a.m. ET on Wednesday.

The latest KBO odds from William Hill have the Twins as the -210 (risk $210 to return $100) favorites against the Eagles, the Dinos at -210 against the Kia Tigers, the SK Wyverns at -135 against the KT Wiz, the Kiwoom Heroes at -210 against the Lotte Giants and the Doosan Bears at -240 against the Samsung Lions. Before locking in any KBO picks for Wednesday’s games, be sure to see the Korean baseball best bets from SportsLine data engineer Mike McClure.

Recognized in the book “Fantasy Football (and Baseball) for Smart People: How to Turn your hobby into a Fortune” as a top Daily Fantasy Baseball Player, McClure has won almost $2 million in daily Fantasy sports. And in 2016, McClure launched the wOBA Projection Model for MLB picks, which has returned $2,300 to $100 bettors.

Now, he’s turned his attention to the KBO and locked in three strong picks for Wednesday. Parlaying his three selections would pay out a return of almost 6-1. You can only see them here.

One of McClure’s top KBO picks for Wednesday: He’s backing the Dinos (-210) to even their three-game series against the Tigers at one win apiece.

NC’s slump continued Tuesday as it allowed an early three-run lead to slip away and dropped a 7-4 decision. The Dinos still are getting their hits, however, as they’ve reached double digits in four of their last six games after notching 10 in the loss to the Tigers. Lee Myung-gi went 4-for-5 in the setback and is riding a 12-game streak during which he has registered seven multi-hit performances while raising his batting average to .372. NC also boasts the league leader in Kang Jin-sung, who is hitting .447 after going 1-for-3 on Tuesday.

“It’s not often you have decent value on a -210 favorite, but the Dinos are slightly undervalued on the road,” McClure told SportsLine. “My simulations make NC -245 favorites with former MLB right-hander Mike Wright on the mound.”

How to make KBO picks for June 17

McClure has found value on two other picks, including one money line he says is way off. Be sure to see what he’s picking over at SportsLine before making any Korea baseball picks.

So which 2020 KBO picks should you make on Wednesday for a chance at a payout of almost 6-1? And which money line does McClure believe is way off? See Wednesday’s KBO schedule and odds below, then visit SportsLine to get KBO best bets, all from the data engineer who has crushed his baseball picks, and find out.