Jack Miller says he feels “ready to guide” Ducati to the MotoGP world championship again, as he gets set to step up to the factory team in 2021.

One-time MotoGP race winner Miller was announced last month by Ducati as one half of its factory team line-up for the 2021 season, having been part of the Italian manufacturer’s ranks since his switch from Marc VDS Honda to Pramac in 2018.

Last year proved to be Miller’s best in the championship, with five podiums – his greatest haul in a single season – netting him eighth in the standings.

Upon signing his new deal, Miller said he was “stoked” that Ducati saw him as its young hope to take the fight to the all-conquering six-time world champion Marc Marquez.

Speaking to Sky Italia recently about his move, Miller said: “With Ducati I feel at home.

“It will be a great honour to race in red, it took time and dedication, but now that I have signed I am relaxed.

“I feel ready to guide the team to become a title contender.

“I have gained a lot of experience in recent years and I am ready.

“Marquez got on and immediately won the title in his debut [in 2013], it was extraordinary, but I think I am on the [same] road, it only takes me longer.” 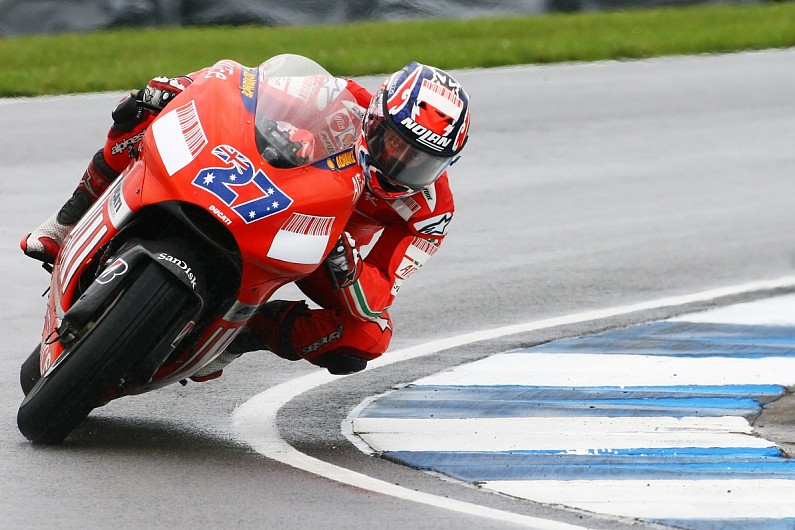 Ducati hasn’t won a championship in MotoGP since Miller’s fellow Australian Casey Stoner (above) sensationally dominated the 2007 campaign on the Desmosedici in just his second year in the premier class.

The identity of Miller’s 2021 team-mate is yet to be finalised, though Andrea Dovizioso is heading closer to re-signing.

Contract talks between Ducati and Dovizioso had stalled last month as neither party could come to terms on the financial side of the deal, with Ducati looking to cut back on its big-money contracts in the wake of the coronavirus pandemic and the economic woe this will cause.

Meanwhile, at Pramac, Miller’s place is set to be taken by KTM Moto2 frontrunner Jorge Martin, with Autosport reporting earlier this month that the Spaniard had agreed a deal with Ducati.

Despite rumours linking Francesco Bagnaia to a possible factory team move to make way for Avintia’s Johann Zarco, the 2018 Moto2 champion is nearing a deal to remain with Pramac.

Many of the Formula 1 teams entered Friday for the Styrian Grand Prix hoping second time would be a charm...

Sebastian Vettel says the Ferrari SF1000 feels like "a different car" despite only finishing 16th in second Formula 1 practice...