Formula E’s use of three circuit layouts at the Tempelhof Airport in Berlin to complete the coronavirus-interrupted 2019-20 season could lead to more cars running out of energy.

The championship announced on Wednesday that six races will take place across nine days in August as part of three double-header events at the German facility to complete the current campaign.

Each pair of races will run on a different configuration at the airfield, which will heavily restrict the amount of simulator preparation each team can undertake.

Envision Virgin Racing managing director Sylvain Filippi told Autosport: “Even one double-header is already pretty tiring for the team, so three in the space of nine days is brutal – but it’s the right thing to do.

“It’s going to be challenging in terms of accident damage: if you have any forms of issues, you have only a little time to turn things around.

“On the sporting side, when Formula E uses a different layout, every time it will be a new challenge for us.

“Normally, we would know the layout of the track in advance and we would practice on the simulator.

When asked by Autosport if this could lead to more cars retiring, Filippi added: “Absolutely, but we’ll try our best to avoid that.

“What’s really amazing in Formula E is that even if you change the radius of one corner by a few degrees, it actually impacts our energy throughout the whole track.

“So if we now have radically different corners and whatever, then you have to start from scratch.” 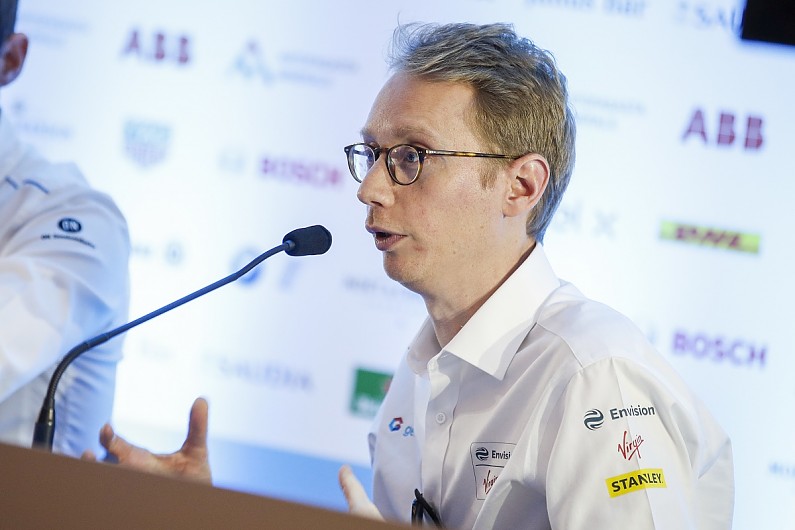 However, he did not expect the use of one venue for all of the remaining races to have the potential to markedly benefit certain teams.

“Potentially, in pure technical terms that could be correct,” Filippi said.

“It makes sense, depending on the powertrain architecture and the set-up of a particular team.

“Having said that, I’m hoping and I think most likely not. Or, if so, not in a big way at all.

“Even though we all use different powertrains and architecture, it’s incredible how close we are in performance to each other.

“I very much doubt one team will run away with it. It seems very unlikely.

“It goes back to the different track layouts – some teams will do a better job at reacting and coming up with a better set-up and strategy at very short notice for the new layout.”

Jaguar has also announced a seven-race programme at Berlin Tempelhof to complete the 10-round calendar for the final season of the I-PACE eTrophy series, subject to FIA confirmation.

The one-make electric SUV series will be mothballed at the end of the 2019-20 campaign, after only two seasons of its three-year deal to support certain Formula E events.

Most notably, two races – including a reversed-grid contest – will take place on Sunday 9 August. 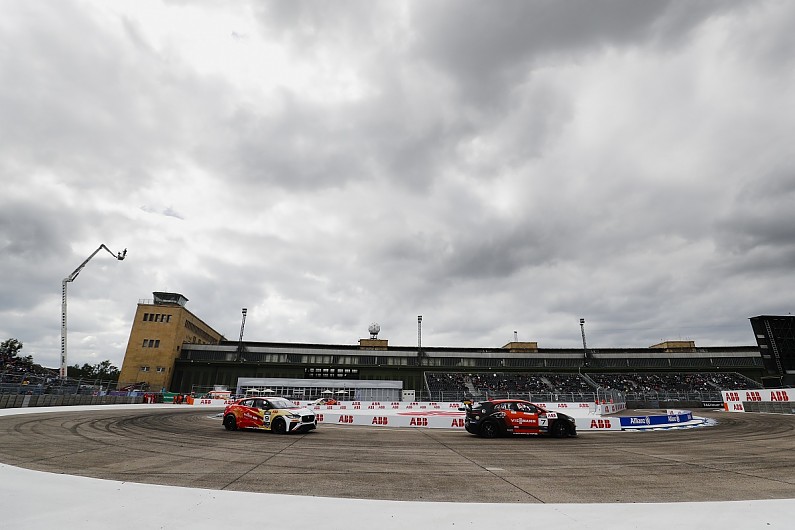 Many of the Formula 1 teams entered Friday for the Styrian Grand Prix hoping second time would be a charm...

Sebastian Vettel says the Ferrari SF1000 feels like "a different car" despite only finishing 16th in second Formula 1 practice...