2020 NBA Draft: What each lottery-bound team should do with potential No. 1 selection 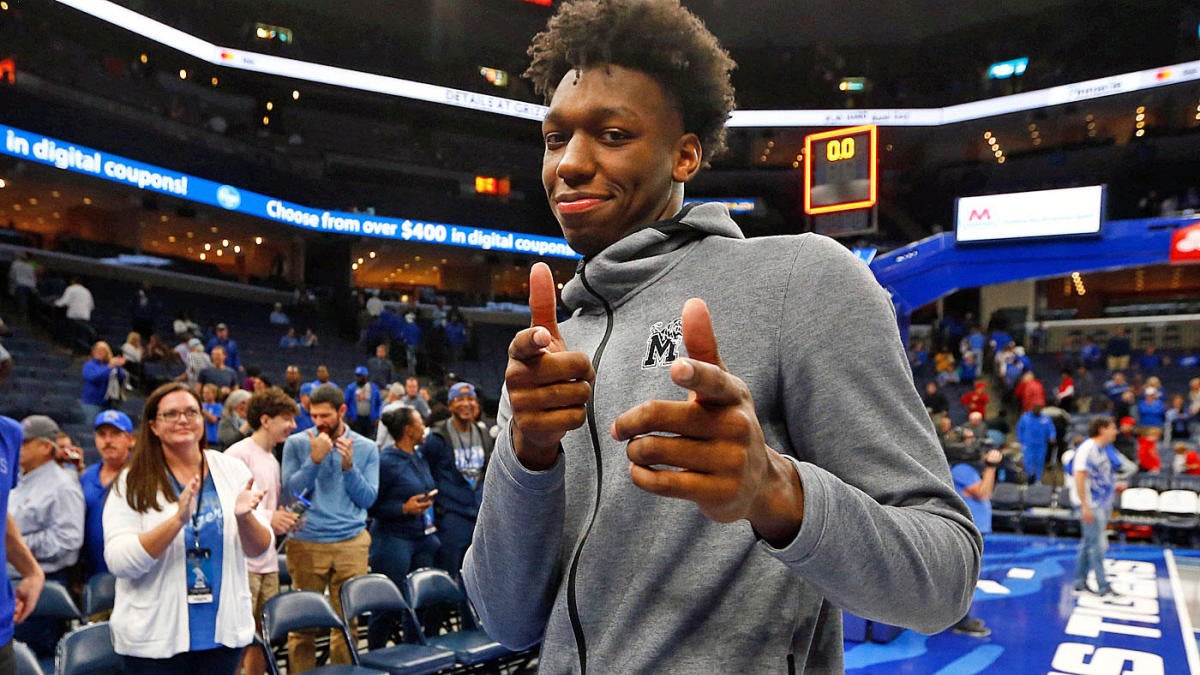 The NBA Draft Lottery isn’t scheduled to take place until Tuesday, Aug. 25, but eight teams — the group that was eliminated from the NBA season’s restart in Orlando next month — are already in full prep mode for the lottery and subsequent draft on Thursday, Oct. 15. The Warriors, Hawks, Cavaliers, Timberwolves, Knicks, Pistons, Hornets and Bulls have locked in the best lottery odds as a result of their seasons coming to an end, and so preparations must begin for the real possibility of those odds netting them the No. 1 pick.

So, what will they do if they get it?

Each team should take a different approach if its lottery ball is the one that pops out of the machine at No. 1. We’ve actually done the leg work for them, so they can just use this guide. But first, let’s look at the lottery odds as they stand at the moment. The 9-14 spots will be determined at a later date based upon how the remainder of the season unfolds in Orlando.

With a returning core next season centered around Stephen Curry and Klay Thompson, the Warriors could benefit from a gifted athlete like Edwards who still has kinks to work out in his game but could be ready to contribute early. Not only could he be a depth piece on the wing, but Edwards could enter the mix as an off-the-bench scoring punch. The 6-foot-5 18-year-old has great shot-creation abilities that should thrive in the NBA. The hope here would be that his shot selection and decision-making in a system such as Golden State’s refine. .

Holster your outrage, Cavs fans. I know what you’re asking. Cleveland has taken two guards with its top pick in consecutive years, so why would the franchise take another guard this high? I hear you and empathize, but Ball is in a tier above Collin Sexton and Darius Garland as a far superior passer and playmaker.

More than that, though, it’s not impossible to think the trio could actually find a way to work together. Ball is 6-foot-8, so he’s not pigeon-holed into solely operating at the 1. I’d want him as my lead guard, certainly, but a Sexton-Garland-Ball lineup would be an interesting experiment with a blend of shot-making and playmaking worth a gamble.

Look, Minnesota’s in win-now mode with Karl-Anthony Towns and D’Angelo Russell in place. So grabbing Onyeka Okongwu at No. 1 is the perfect fit.

Is it a reach? Short-sighted? Maybe it’s both. This draft has at least three No. 1 pick contenders, and Okongwu isn’t one of them. Nonetheless, perhaps Okongwu unlocks the Wolves and takes them to a new level. He’s a defensive monster who can defend from paint to perimeter, and he’s ultra-skilled as a post scorer, too. His skill set should set up to perfectly complement what they already have in place.

The Hawks have an already-strong core of youth headlined by Trae Young, Kevin Huerter, De’Andre Hunter and John Collins. They also addressed their center position via free agency by adding Clint Capela. So here they add to that blend with a strong, versatile wing in Okoro. His range in this draft is somewhere between 3-13, but it’d be worth the slight stretch. He’s a defensive menace whose skill set is plug-and-play as a high-level role player.

Detroit’s future at the point guard position is most uncertain. Derrick Rose is entering the second season of a two-year deal but is “not the future of the team,” as coach Dwane Casey recently told MLive.com. Brandon Knight is a capable guard but not a franchise building block. Ditto for Bruce Brown.

Ball is the upside play that not only addresses its hole at the position, but is also the biggest potential boom. If he hits in the way he could, grows into his frame and develops his shot, the youngest Ball brother could be a multi-time All-Star that helps reposition the Pistons in the East.

Call me crazy but I … like what the Knicks are doing? They’ve hired former super-agent Leon Rose to run their operations, have a bright young star in Mitchell Robinson and RJ Barrett has a ton of untapped potential. There’s no way they can screw this rebuild up! (/ducks)

OK, so maybe they could. It’s the Knicks, after all. But to catalyze this upwards mobility, I’d be thrilled to add a true lead guard in Ball to this mix. He could unlock a lot of Barrett’s potential — we saw what he could do at Duke alongside a lead guard — and could also give Robinson a real shot in the arm, too. This might be the single-most exciting potential pairing I’ve mocked up.

The Bulls could go in a number of different directions here, but selecting 7-foot-1 James Wiseman, a big man believed by many to be the top center in this year’s draft, would be a safe move. They seem to have really found something in Coby White, and Zach LaVine’s still only 25 years old. So Wiseman serving as the anchor of Chicago’s front line could bolster their efforts at a rebuild under Arturas Karnisovas and Marc Eversley.

People sleep on the Hornets’ young assets: Devonte’ Graham, PJ Washington, Miles Bridges. Sign me up for them adding Edwards to this mix. The team ranked 28th this season in net offensive rating, so Edwards’ shot-creation and shot-making talents could give them a lift they need as they push toward the next level.

Bradley Beal will travel to Orlando with Wizards, but hasn’t decided if he will play or not