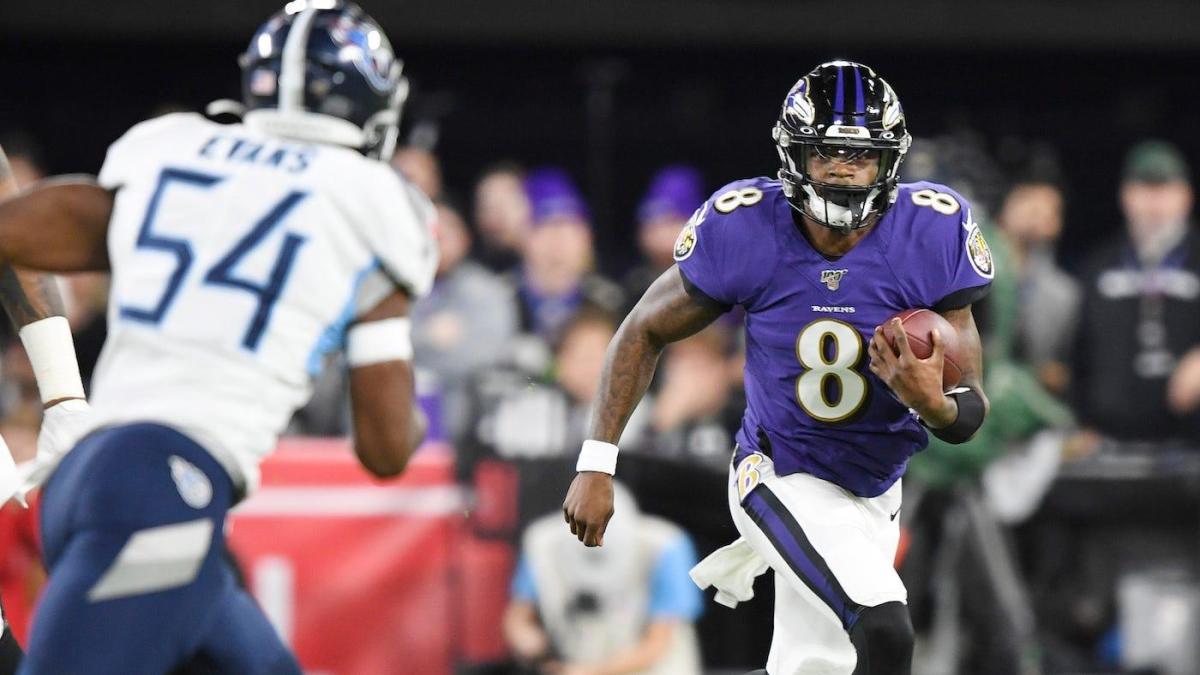 Despite winning 14 games last year, the Baltimore Ravens were quickly kicked out of the postseason by the Tennessee Titans in the divisional round. Lamar Jackson and Co. were double-digit favorites, had the benefit of a first-round bye and were playing in Baltimore, but still fell to Derrick Henry’s squad, 28-12. While the future is bright for Jackson and the Ravens, they don’t want to forget that tough loss they suffered last season, and are going to carry that motivation into 2020.

Jackson said earlier this offseason that he’s still puzzled about the playoff loss, but other than confusion, this event could end up serving a purpose for the Ravens moving forward. During a recent interview on Complex’s “Load Management” podcast, Lamar Jackson said his focus for the 2020 season was simply on winning Week 1.

“We’re taking it one game at a time, not peeking ahead,” Jackson said. “That’s what happened in the playoffs, and we end up losing to the team people had us favored over.

“Don’t underestimate your opponents. They caught us (by) surprise. That’s all it was.”

Despite the fact that the Ravens racked up 530 yards of total offense, they scored just one touchdown against the Titans. Additionally, Jackson threw multiple interceptions for just the first time since Week 5. On Tuesday, Jackson also sat down with Kevin Clark of The Ringer to record an interview on a program titled “Slow News Day.” During the segment, Jackson talked about what he was accomplishing during the offseason and hypothesized what it would be like to play in an NFL game without fans due to the ongoing COVID-19 pandemic. There was one thing that didn’t make the cut during the six-minute interview, however, that Clark did feel like mentioning to fans after the fact on Twitter.

According to Clark, Jackson said that he thinks about the playoff loss to the Titans constantly, and that any time he posts anything on social media, people bring it up in the comments immediately. He also said he likes that motivation.

While Baltimore didn’t make it to the Super Bowl last year, they appear to have a bright future moving forward. The reigning MVP won the honor of being selected as the Madden NFL 21 cover athlete — something Kansas City Chiefs quarterback and Super Bowl LIV MVP Patrick Mahomes earned right before his championship season last year.

Washington not planning to extend Brandon Scherff before franchise tag deadline, per report

Watch Now: Impacts Of Washington Retiring 'Redskins' Name (5:25) While the Washington name change is stealing headlines all across the...

Cleveland reportedly has no plans to trade David Njoku: Here’s what it would cost to complete a deal