NFL 2020: One key homegrown player for each NFC East team 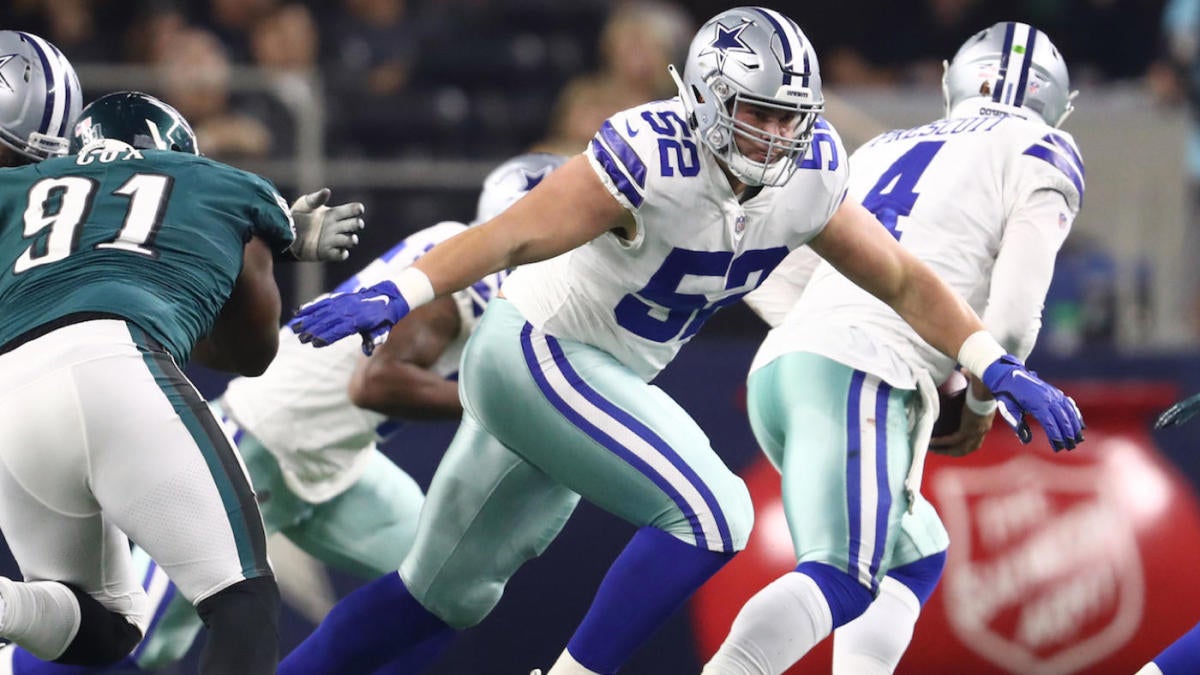 Beating the lottery-esque odds to make it to the NFL is one thing, but doing so to find yourself suiting up for your hometown team is quite another. It’s not often a player who finds himself the beneficiary of both things, let alone a key part of what their respective team is attempting to do going forward. That’s the position four players — in particular — find themselves in with the NFL regular season approaching, as the Dallas Cowboys, New York Giants, Philadelphia Eagles and Washington Redskins prepare to battle for ownership of the NFC East crown in 2020.

With each of the following players also still operating under their rookie deal, it’s paramount they find a way to deliver a breakout season in the near future, and for several reasons. The first is obvious, because their teams need them to do so sooner than later, and the other reason is more financial — seeing as it would set them up to potentially land a rather sizable second NFL contract down the road.

So who are the four players on their rookie contracts with the potential to become local superheroes?

The former second-round pick finds himself entering Year 3 with arguably more questions surrounding him than ever before. His rookie season was one that showed promise but also inconsistency that led to the former Longhorn packing on muscle and building strength for Year 2, where he began to show what he’s capable of before battling two separate knee ailments — one requiring arthroscopic surgery (the second of as many seasons) before returning and tearing his ACL that landed him on injured reserve.

He’ll enter 2020 looking to not only bounce back from the latter, but it’ll also be the second season of his young NFL career wherein he won’t have the tutelage of perennial All-Pro center Travis Frederick to the right of him, by virtue of Frederick retiring this offseason. So as he battles second-year talent Connor McGovern — who returns from a redshirt rookie season and will also be test driven at center — at an all-important position, the name of the game for the born-and-bred Texan will be to take the next step in his promising career and to remain healthy while doing it.

The guy from Queens is hoping to become the next King of New York, and he has the potential to do just that if he can build on his promising rookie debut. The former third-round pick walks into 2020 having delivered nine quarterback hits, five tackles for loss and 4.5 sacks in only two starts, hinting at what could be stirring below the surface. He was available for all 16 games in 2019 and new head coach Joe Judge could look to give lean on Ximines heavily if Markus Golden doesn’t return to the club, as the Giants desperately look to replace the potentially lost pass-rush production.

Ximines finds himself battling a more veteran presence in Kyler Fackrell — who had 10.5 sacks in 2018 for the Packers — but the New Yorker has the added motivation of possibly being the savior in his own hometown. Also working in his favor is the fact Fackrell is only operating under a one-year contract, giving Ximines the chance to prove he’s both the now and the later at his position.

Sanders is a Pennsylvania-bred talent through-and-through and will be a major key to the success or failure of the Eagles offense this coming season. Although born in Western PA, Sanders split the difference when he became a Nittany Lion and now suits up for the NFL team in Eastern PA, having taken the role of RB1 from Jordan Howard en route to 1,327 yards from scrimmage along with six touchdowns. He’s a dual-threat halfback that helps keep opposing defenses honest in their attempts to go after Carson Wentz, and the Eagles expect to truly crown Sanders, production-wise, in 2020.

With the decision to not re-sign Howard in free agency, the battle for running back feels more like a battle for RB2 than anything, and the fact Sanders is entering only his second year in the NFL gives him a chance to truly bloom before the team has any concerns regarding his contract. It’s seemingly all coming together for the former second-round pick who grew up only roughly five hours west of Philly.

Stroman has his work cut out for him if he wants to prove himself valuable to the Redskins, a team he grew up not far from. Despite garnering honors as First-Team All-ACC in 2017, he fell to the seventh round of the 2018 NFL Draft before his hometown NFL team decided to give him a chance. He showed promise in his rookie season, grabbing his first career interception along with a forced fumble, a fumble recovery and 38 combined tackles in only three starts, but spent 15 games on injured reserve in 2019.

As the club looks for ways to upgrade their secondary — which included waving goodbye to Josh Norman — new head coach Ron Rivera will ask Stroman to regain and level up his rookie form in the coming camp battle against talents like Jimmy Moreland. Moreland is another young, former seventh-rounder challenging for the role of nickel corner, which should make for an interesting head-to-head going forward.

Like others on this list, however, Stroman would love nothing better than to become the next big star in his own home.