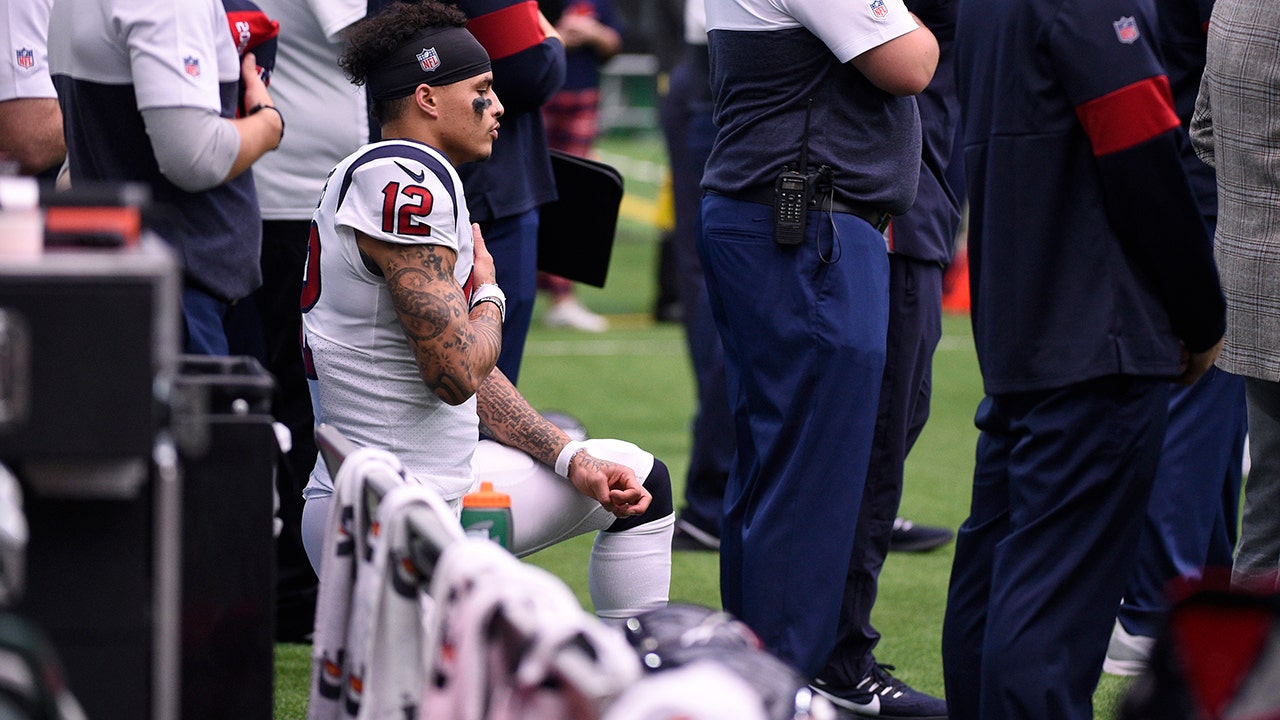 Houston Texans wide receiver Kenny Stills is one of the active NFL players who has knelt during the national anthem to protest racial injustice and police brutality.

Over the last few weeks, Stills has been even more vocal about social justice issues on social media. On Monday, he made a stark declaration as professional leagues get ready to play again amid the coronavirus pandemic and racial tension across the U.S.

“Sports are a distraction from the movement,” he tweeted.

Stills’ tweet appeared to echo the message NBA stars Kyrie Irving and Dwight Howard sent to their fellow players over the weekend. Both players appeared to express some concern about playing amid everything that is going on in the world.

According to Stadium, Irving led a conference call with about 80 players including Chris Paul and Carmelo Anthony. Irving reportedly didn’t express support continuing the season in Orlando.

“There’s only 20 guys actually getting paid, and I’m part of that. Let’s not pretend there’s not a tiered system purposely to divide all of us,” Irving said during the call, according to Stadium.

He added he was willing to “give up everything I have” for social justice reform, according to The Athletic.

Howard said in a statement to CNN that he agreed with Irving’s sentiments.

“Basketball, or entertainment period, isn’t needed at this moment, and will only be a distraction. Sure it might not distract us the players, but we have resources at hand majority of our community don’t have. And the smallest distraction for them, can start a trickle down effect that may never stop,” Howard said. “Especially with the way the climate is now. I would love nothing more than to win my very first NBA Championship. But the unity of My People would be an even bigger Championship, that’s just to (sic) beautiful to pass up.”

He continued: “What better time than now for us to be focusing on our families. This is a rare opportunity that, I believe, we as a community should be taking full advantage of. When have we ever had this amount of time to sit and be with our families. This is where our Unity starts. At home! With Family!! European Colonization stripped us of our rich history, and we have yet to sit down and figure us out. The less distractions, the more we can put into action into rediscovering ourselves. Nations come out of families. Black/African American is not a Nation or Nationality. It’s time Our Families became their own Nations. No Basketball till we get things resolved.”

The Lakers star’s agent, Charles Briscoe, told ESPN that Howard was undecided on whether he was going to play.

“The statement was about social injustice and racism,” Briscoe said. “Yet everybody is still talking about whether basketball should be played. He isn’t saying that basketball shouldn’t be. He’s just saying that you should not be taking attention away from what’s going on in the country to talk about basketball. Basketball is just a sport, at the end of the day. But what’s going on with people dying in the streets, that’s something real. That statement, it had nothing to do with sports. It had everything to do with racism and social injustice.”

The PGA Tour’s Memorial Tournament, scheduled next week in central Ohio, had hoped to pave the way for spectators to...

Uganda have what it takes to qualify for World Cup U17 - Nalukenge | Goal.com U17 Women's World Cup Qualification...