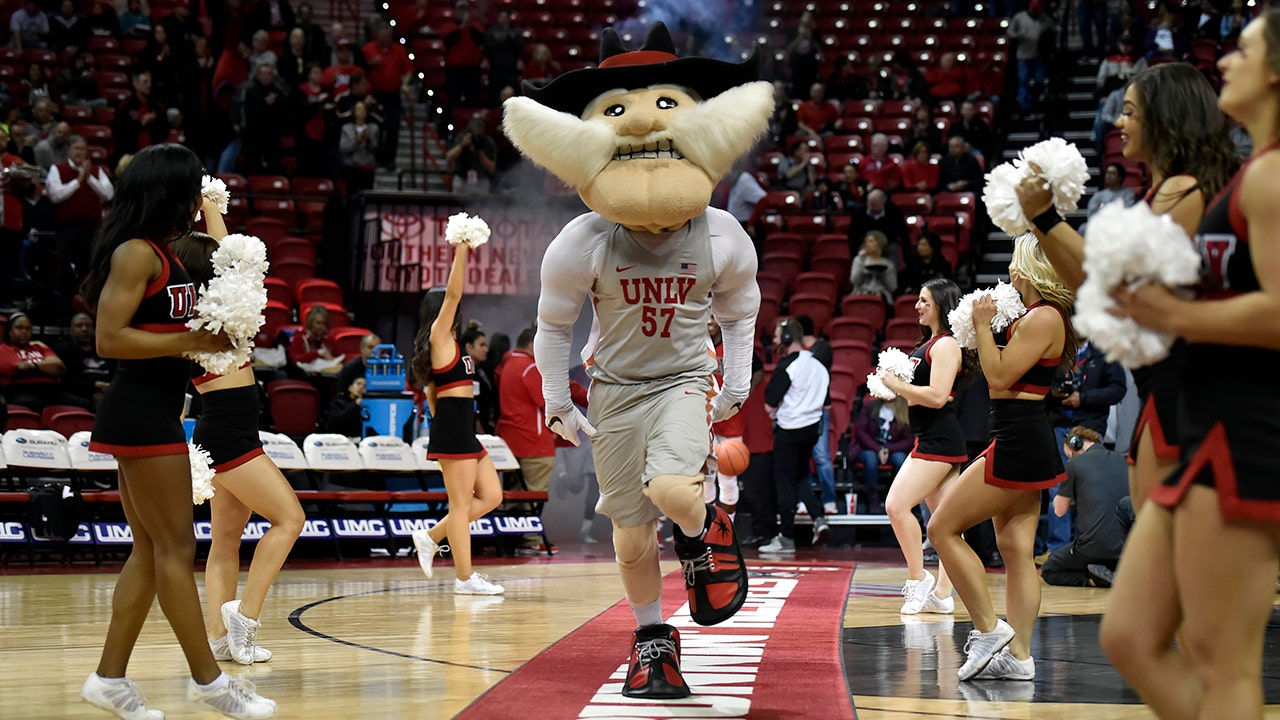 The University of Nevada, Las Vegas removed the Hey Reb! statue on campus Tuesday night in response to criticism that the image is rooted in racist ideology.

UNLV president Marta Meana issued a statement on Twitter confirming that the statue would be returned to its donor and that the university would be working next to address the school’s mascot.

“I wanted to let you know that the Hey Reb! statue in front of the Tam Alumni Center was taken down this evening. In recent conversations with the donor we mutually agreed it was best to remove the statue and return it,” Meana’s statement read.

“Over the past few months, I have had discussions with multiple individuals and stakeholder groups from campus and the community on how best the university can move forward given recent events throughout our nation. That includes the future of our mascot. The frequency of those conversations has increased in recent weeks, and I will have more to share with campus once the listening tour is complete.”

The present mascot and nickname date back to the mid-1950s when the university expanded from the University of Nevada, Reno.

“… students and administrators drew the idea for Rebels from the natural rivalry that accompanied the split between what would become UNLV and UNR,” the schools’ website states.

“After establishing the Rebels nickname, Nevada Southern (NS) students also created Beauregard, a cartoon wolf with a Confederate uniform, to “rebel” against UNR and its wolf-pack mascot in the North … While it was a decision based in rivalry and fun, the choice of a Confederate-themed mascot was nonetheless an unfortunate one.”

The image was eventually banned by the student body in the 1970s and years later the school adopted the Hey Reb! mascot.

An online petition calling on the university to change the mascot called the Hey Reb! image “racist.”

CLICK HERE TO GET MORE SPORTS COVERAGE ON FOXNEWS.COM

“The ‘Rebel’ is racist and is rooted in a Confederate mythology which has no place on our campus,” the petition said. “The mascot, originally named ‘Beauregard’ after the Confederate general who fired the first shots of the Civil War, presents a public image that runs counter to our core values and UNLV’s mission to become the leading multicultural university in the United States. Having a mascot that is inextricably connected to a failed regime whose single aim was to preserve the institution of slavery is an embarrassment to our campus and to our community.”