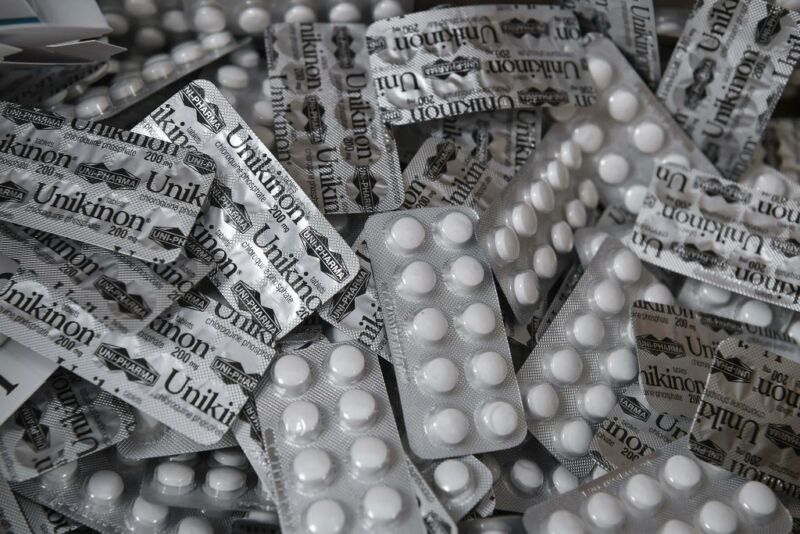 On Monday, the US Food and Drug Administration revoked its Emergency Use Authorization that allowed doctors to prescribe chloroquine and its derivatives to treat SARS-CoV-2 infections. The move came in response to a growing body of data indicating that the drugs had little to no impact on the progression of COVID-19 but retained all of its well-known side effects. But the politics behind these drugs, which have a user list that includes President Donald Trump, will probably continue to drive controversy long after this decision.

The FDA and the soap opera

US law allows the FDA to approve emergency use of therapies under a specific set of circumstances. In late March, with a few small, anecdotal studies suggesting that chloroquine derivatives could improve the prognosis for COVID-19 patients, the FDA determined that the potential benefits outweighed the known risks and granted the drugs an Emergency Use Authorization. This decision came after doctors had already started prescribing the drugs off-label, leading to a shortage. The drugs are normally used to treat malaria and autoimmune diseases.

Over time, however, supporting evidence failed to build, and the known side effects—which include the drugs’ ability to trigger potentially fatal arrhythmias in susceptible patients—continued to be a problem. Responding to some fatal incidents, the FDA updated its Emergency Use Authorization to indicate that the drug should only be used in the context of a clinical trial or in hospitals, where care is available to immediately identify and treat any issues caused by the drugs’ side effects.

The emergency authorization became a political issue very early, largely because President Trump publicly encouraged taking the drugs on numerous occasions. But the politicking reached new levels in May, when the former head of the Biomedical Advanced Research and Development Authority, Rick Bright, alleged that he was pushed out of the agency in retaliation, at least in part because he tried to limit the use of chloroquine-based drugs while the evidence remained weak. In mid-May, when Bright testified to Congress, there was a partisan push to defend the use of chloroquine. Shortly afterward, Trump announced he was taking the drugs after several White House staffers tested positive for SARS-CoV-2; he dismissed one of the studies suggesting it was useless as a “Trump-enemy statement.”

Complicating matters further, a different study that highlighted the impact of the potentially lethal side effects was retracted in early June due to issues with data availability.

But throughout the drama, solid evidence was being built. On Monday, the acting head of the Biomedical Advanced Research and Development Authority (and Rick Bright’s replacement), Gary Disbrow, requested that the FDA revoke the Emergency Use Authorization. The FDA responded immediately and agreed to do so. “Today’s request to revoke is based on new information, including clinical trial data results, that have led BARDA to conclude that this drug may not be effective to treat COVID-19,” the FDA’s decision reads, “and that the drug’s potential benefits for such use do not outweigh its known and potential risks.”

A key contributor cited for this decision was the UK’s RECOVERY trial, which is doing large-scale clinical testing of potential COVID-19 treatments. It tracked over 1,500 patients who were receiving hydroxychloroquine and compared their outcomes with over 3,000 who had received standard care. Mortality was somewhat lower in those who didn’t receive the drug, although the result was not statistically significant. No differences were seen in measures like length of hospital stay or need for ventilation, either. Other, smaller studies also failed to demonstrate a clear effect.

Meanwhile, known side effects continued to be a problem. The FDA searched its Adverse Event Reporting System and found over 100 cases of severe cardiac side effects, most in patients who were taking an additional drug that exacerbated chloroquine’s effects. Nearly a quarter of these incidents were fatal.

The FDA isn’t alone in acting. The RECOVERY trial has already ended the portion of its work that involved chloroquine. And at a World Health Organization press conference today, the executive director of the WHO’s Health Emergencies Program indicated that the organization would reevaluate chloroquine use in its Solidarity trial at a meeting scheduled for Wednesday.

It’s likely that most other countries trialing the drugs will follow suit. Given the temporary status of the head of the Biomedical Advanced Research and Development Authority and the ongoing whistleblower lawsuit by the former head, it’s also likely that the politicking isn’t over yet.

New information released by the World Health Organization (WHO) and U.S. Centers for Disease Control and Prevention (CDC) shows future...

Even in the worst COVID-19 cases, the body launches immune cells to fight back: study

Even the sickest COVID-19 patients produce T cells to battle the virus, a new study reveals. The research, published in...