D.O.J. to Urge Rolling Back Legal Shield for Tech Companies 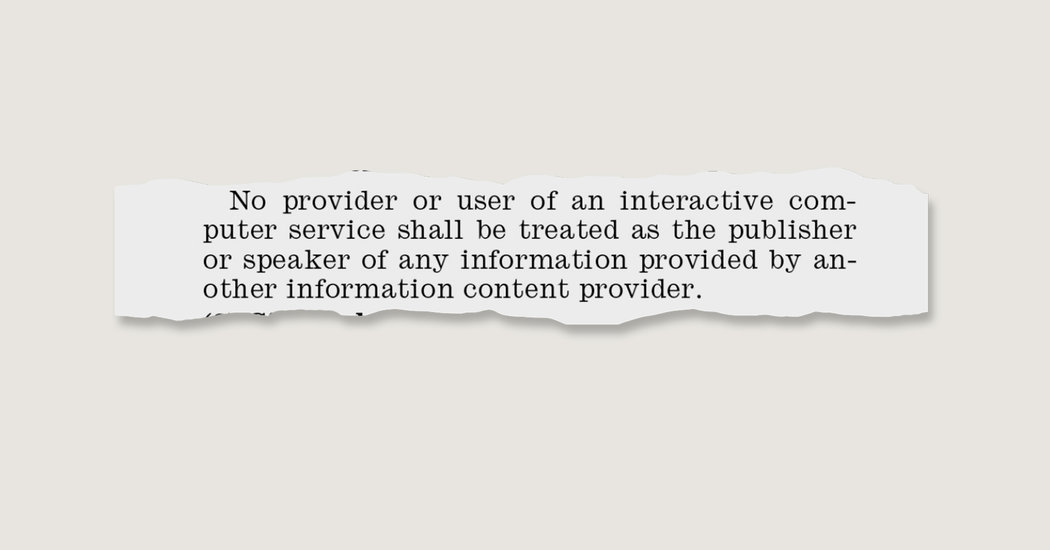 WASHINGTON — The Justice Department plans to announce on Wednesday a proposal to pare back the legal shield for online platforms that has been crucial to their growth since the earliest days of the internet, according to an official at the agency.

The agency’s recommendation, to be announced later on Wednesday, is for Congress to repeal parts of a law that has given sites broad immunity from lawsuits for words, images and videos people have posted on their services. The changes to the law, Section 230 of the Communications Decency Act, would put the onus on social media and other online platforms to more strongly police harmful content and conduct while also being consistent about their moderation, the official said.

The Justice Department proposal is a legislative plan that would have to be adopted by Congress. It also comes after President Trump’s executive order last month to limit protections for online platforms.

The proposal is based on a 10-month investigation into online platforms and their record on monitoring and ridding site of harmful conduct, including child exploitation and pornography.

The proposal was earlier reported by The Wall Street Journal.

This is a developing story. Check back for updates.

How to Fight Health ‘Cures’ Online

This article is part of the On Tech newsletter. You can sign up here to receive it weekdays. Anne Borden...

As Covid-19 spread across the globe early this year, Facebook went into action to combat potentially dangerous disinformation on its...