The Internet’s Most Censored Space 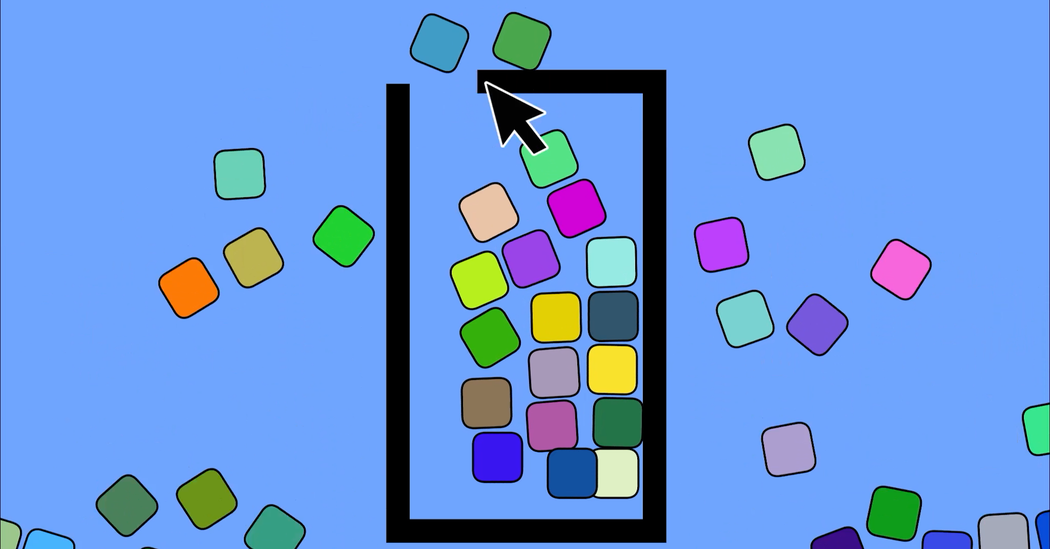 This article is part of the On Tech newsletter. You can sign up here to receive it weekdays.

For the free-speech absolutists out there, let me point you to a corner of the digital world that embraces its utter lack of free expression: Apple’s app stores.

Apple alone decides what apps you can download on your iPhone, iPad and Mac. The company reviews every line of software code and is happy to block any app that it believes promotes harmful behavior, is in poor taste, enables surveillance, or is trying to steal money or your data.

There are dangers to apps being subject to Apple’s whims. But the success of the app storefronts — and online hangouts like Snapchat that also don’t pretend to be anything-goes havens of freedom — show that the public sometimes embraces companies dictating what people can say and do inside their virtual walls. You — yes, you! — are probably not universally against digital censorship.

From the day the iPhone app store opened, employees reviewed and tested apps before making them available to the public. The vetting gave people confidence that apps were safe and worthy of their consideration. Google’s Android storefront also screens apps, but is generally more permissive. Apple said last year that it reviewed 100,000 apps weekly and rejected about 40 percent.

There are downsides to Apple’s absolute app authority. In China, Apple’s control at times has enabled the government to block apps it believes break its laws. That has included some news apps, including The New York Times.

In addition, app makers gripe about the process, the reasons for rejections, as well as the fees Apple charges for apps on the store. They also question whether Apple shuts out their apps or makes them harder to find because the company wants to help its own apps or internet services. The makers of a new email service, which my colleague Brian X. Chen reviewed, are furious about what they say are Apple’s capricious reasons for blocking the app.

European regulators are investigating whether Apple’s terms go too far, my Times colleagues reported this week. Apple has said it worked to make people trust the app store and offer app makers a good business opportunity. The company said there was no basis to complaints that it was violating European competition laws.

But few credible people say that Apple should let anyone and anything into its app stores, at least in the way that some people argue for a Wild West on social media. The fight we’re having — appropriately — is over the terms of Apple’s censorship zones. (The freewheeling internet gives Apple some cover here.)

It’s time to stop debating whether we want powerful gatekeepers vetting information. We do. We don’t want people to be able to shout the proverbial “fire” in a crowded theater, and we don’t want terrorists, stalkers, dangerous conspiracy theorists and authoritarians to have free rein on the internet.

Let’s move past simplistic free-speech arguments. The real debate is how we make sure that powerful gatekeepers exercise their authority effectively, fairly and with accountability.

I promise you that I love to argue. But I confess that I’m a little bored arguing about political advertising on Facebook. It feels as if we’re fighting too much about the wrong thing. (This, perhaps, is the theme of today’s newsletter.)

If you have been alive and conscious for the last … forever … you might have noticed that politicians twist or ignore the truth when they pitch themselves to voters.

This has become a much bigger problem in the social media age. Lies can travel farther and faster than ever before.

This is a serious problem, and the big internet companies have tried different approaches to tackle it. Twitter has refused to accept political-related advertisements at all, and Facebook has staked out an opposite position that people should be able to evaluate the warts-and-all paid pitches from candidates.

Now, my colleague Mike Isaac reported, Facebook will start giving people the option to hide from their feeds political ads, commercials about social issues and similar paid messages. It’s a mushy middle ground that, I assure you, will satisfy no one.

Political ads are important because they represent what a candidate most wants voters to know. And it’s fair to say that internet companies shouldn’t financially benefit from false advertisements.

But we also can’t lose sight that most of the garbage-fire parts of Facebook are not paid political messages.

So, yes, we should be debating how Facebook — and political candidates — should best keep voters informed. But let’s not forget about all the noxious online speech and lies that are free of charge.

I am a sucker for red pandas. Their adorableness is too much. (Stick around through the end of the video to watch Lin get a birthday “cake” of apples and bananas.)

We want to hear from you. Tell us what you think of this newsletter and what else you’d like us to explore. You can reach us at ontech@nytimes.com.

Get this newsletter in your inbox every weekday; please sign up here.

Since Secretary of State Mike Pompeo told Fox News on Monday that the United States was considering banning TikTok over...

Who Gets the Banhammer Now?

In a typical year, a good way for a company to handle an announcement it hoped to bury is to...